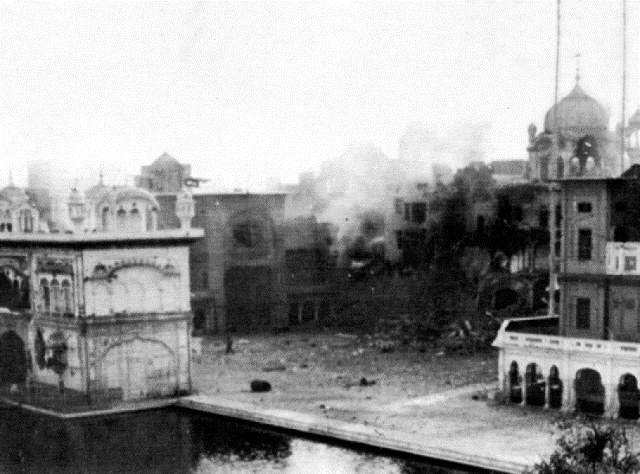 The Signficance of the Golden Temple

The Golden Temple, also known as Harmandir Sahib, meaning “abode of God” or Darbār Sahib, meaning “exalted court” is a Gurdwara located in the city of Amritsar, Punjab, India. Golden Temple, for Sikhs, is the holiest Gurdwara and the most important pilgrimage site of Sikhism. It has regarded so since 1604, when Guru Arjan placed a copy of the ‘Adi Granth’ in Harmandir Sahib, calling the site ‘Ath Sath Tirath’ or the ‘Shrine of 68 pigrimages’.

The Gurudwara has over the course of history, been a target of anti-Sikh communities. It was infact destroyed several times by Muslim armies from Afghanistan and the Mughal Empire. A brutal incident involved filling of the pool with garbage and blood of cows by the army led by Ahmad Shah Abdali. The term ‘Golden’ was added to its name only in 1809, when Maharaja Ranjit Singh, after founding the Sikh Empire, rebuilt the Gurudwara in marble and copper and overlaid the sanctum with gold foil in 1830. The Golden Temple is spiritually the most significant shrine for Sikhs across the world and also served as the center of the Singh Sabha Movement between 1883 and 1920s.

It is estimated that over 100,000 people visit the holy shrine daily for worship. The temple complex has also been nominated as a UNESCO World Heritage Site, but gets its fame from, elsewhere.

For being the bloody battle ground for a massacre of Sikh freedom fighters and innocents.

After having claimed what they believed was a safe haven in the most sacred place for Sikhs, owing to the support from key Sikh religious leaders and institutions such as the SGPC, AISSF and the Akal Takht, the Sikh fighters were led straight to a massacre after having been surrounded and fired upon for an entire week.

What the Golden Temple did in addition to serving as the most religious place of worship and a place of residence for the militants, also gave them access to potential recruits in the form of visitors. Several multi-storied buildings located on the walkway, around the reservoir of the temple, were occupied by Sikh militants in their fight for Khalistan, an independent Sikh state. The complex also offered logistical advantage to the militants with easy access to food, water and communication lines. But above all, the Golden Temple was designated as the base under the presumption that owing to religious sentiments, it would prevent the entry of radical forces of the Indian Army and Police force.

But all that was of no significance for Operation Blue Star did happen to brutally destroy the Sikh community altogether.