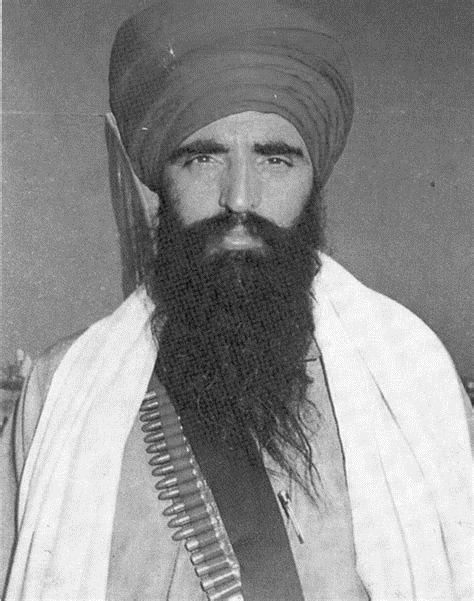 13th of April 1978 is regarded as the day marking the birth of the Khalsa. On its very first occasion, with permission from the Akali State Government, a peaceful program of the Sant Nirankari sect was organized.

Bhindranwale, being one who had strong points of view on the religion, considered the Nirankari sect to be orthodox and not in favour of the Sikh interests at large, which at that time required a certain sense of bravado and strong decisions. A procession of a few hundred Sikhs led by Bhindranwale and Fauja Singh of the Akhand Kirtani Jatha, left the Golden Temple and headed towards the Nirankari Convention with the mission of ensuring it doesn’t go through.

On 24 April 1980, upon successfully managing to assasinate Gurbachan Singh, Bhindranwale took residence in Harmandir Sahib. Bhindranwale was under the assumption that the Police would not pursue him inside the Golden Temple prmises for fear of inflaming the religious sentiments of the Sikh community.

Bhindranwale was in fact arrested on the 20th of September 1981, after having voluntarily surrendered for the murder of Lala Jagat Narain, the founding editor of the Punjab Kesari newspaper. This caused the Sikh community to be outraged since Bhindranwale was at the forefront of the Khalistan struggle. As a result, the Sikh community inflicted violence as revenge. They derailed trains, hijacked an Air India place, all to ensure that their community is not oppressed anymore. Eventually, on the 20th of October, Bhindranwale was released due to lack of evidence incriminating him.

Bhindranwale spearheaded the discussions surrounding the Anandpur Sahib Resolution, which if failed, would pave way for a separate Sikh country – Khalistan. Indira Gandhi, considering the Anandpur Sahib Resolution to be a secessionist document, was of the view that Khalistan being made into an independent state would deprive India of its benefits and would leave the country to be divided.

The Indian Government also did its level best to tie Bhindranwale with Pakistan’s ISI, which was not successful due to lack of evidence. In 1982, Bhindranwale had begun his campaign for a greater Sikh autonomy and by 1983, had his entire game plan to work this out.

While the Golden Temple incident was unjust to the Sikh community, it showed the world how true leaders such as Bhindranwale fought till their last breath to ensure their community thrives.