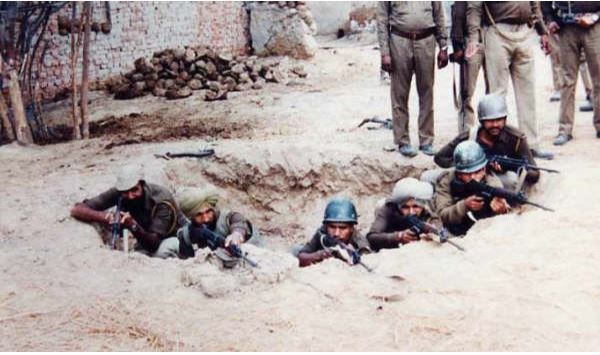 Bhai Avtar Singh, our beloved freedom fighter had always managed to find himself caught in the middle of the Indian police forces. This happened again when upon receiving a tip, nearly 20,000 CRPF men and Indian Armed Froces flooded Manakpur where Bhai Avtar Singh and his companions were present.

In what was a shower of bullets fired upon by the evil Indian forces, one of them cut through Bhai Avtar Singh’s right hand and severed his right finger. In what seemed like the Guru Sahib was himself protecting his men, not one bullet touched his body despite hundreds of them grazing through his clothes and dastar. Though other brothers were martyred, Bhai Avtar Singh managed to break the cordon and escaped into the dark of the night.

Bhai Avtar Singh would show people his dastar and clothes from that night and point out the countless bullet marks. People would be amazed and remark that Guru Sahib keeps his Singh today, just like he did in the past. Bhai Avtar Singh was convinced that he had escaped this time only so that he could continue the for Sikh liberation.

This is a story straight out of a fantasy but something that indeed happen in reality. And this only happens for the most devout and sincere, where the divine himself looks after you.