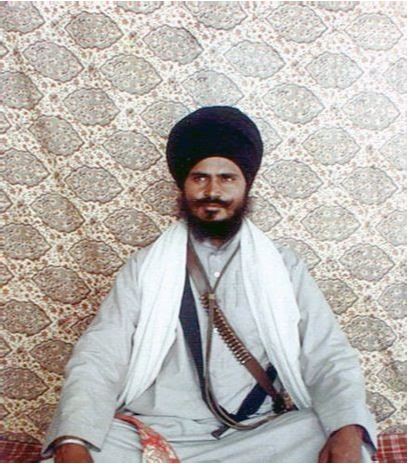 The Manochahal Encounter, second in the Sikh fight for Khalistan is accredited to Baba Gurbachan Singh Manochahal. He served in the Indian Army during his youth and was later court martialed from the army.

Shortly after Operation Blue Star, Manochahal conspired with other individuals linked to Jarnail Singh Bhindranwale to form armed groups which resulted in the formation of the ‘Bhindrawala Tigers Force of Khalistan’ (BTFK) headed by Manochahal himself and the Khalistan Commando Force, headed by Manbir Singh Chaheru.

In 1986, when the Khalistan movement was at its peak, the Sarbat Khalsa was in the process of appointing its Jathedar. But when the militants were called upon, they went outside of the rules and appointed their own Jathedar. And when that person refused do their bidding, Gurbachan Singh Manochahal appointed himself by force as the Jathedar of the Akal Takht, which is the supreme seat of the Sikhs.

Manochahal led a resolution at the 1986 Sarbat Khalsa to declare the resolve of a separate Sikh homeland (Khalistan) and also formed a Panthic committee which would lead Sikhs per this resolution.

The incident here which has reference to the fight for Khalistan was against the police force. The police received a tip about the arrival of Manochahal at his family’s place, a small hut in the fields. The police, after having surrounded the hut, ordered for Manochahal to surrender. Manochahal anticipating the situation to go south, requested for a flashlight, much to everyone’s surprise. Just as he drew his hands to take it, he immediately threw open the door and began to fire. The CRPF officer at the door fell immediately and the others also came under fire. Police forces were shot on spot causing the others to flee the scene and ensuring the safety of Manochahal subsequently.

On 27 February 1993, Manochahal was killed after being poisoned by someone he trusted because the Indian forces couldn’t kill him and hence put out a bounty on his name.