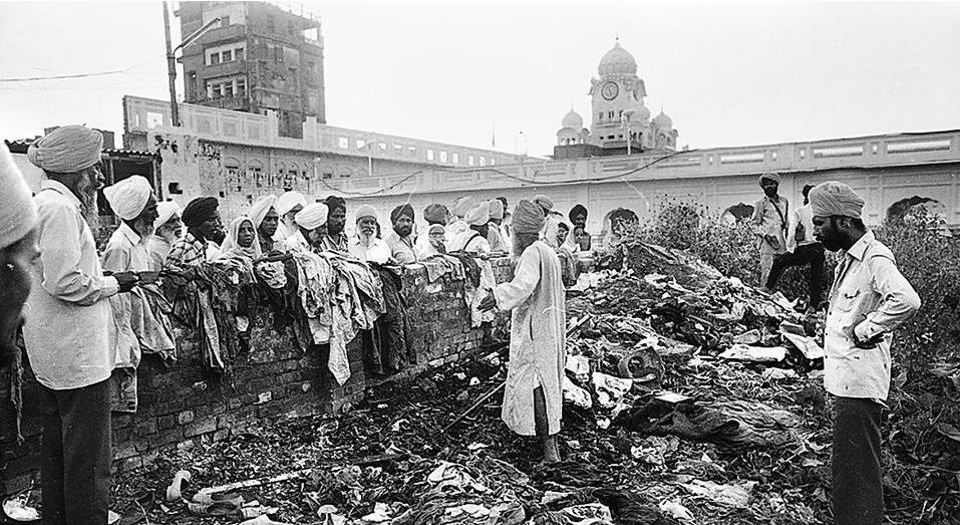 The morning of 5th June began with intense shelling inside the Temple followed by the entry of the 9th Division Army. Thanks to the tunnels dug strategically, most fighters could seek cover while returning fire.

By night fall, the BSF and CRPF had taken control and possession of Hotel Temple View and the Brahm Boota Akhara. At the same time, the Army were making inroads into other Gurudwaras across locations.

The Generals launched simultaneous attacks from all sides of the Golden Temple. 10 Guards, 1 Para Commando and Special Frontier Force (SFF) attacked from the main entrance of the complex, while 26 Madras and 9 Kumaon battalions attacked from the hostel complex entrance.

At the same time, the SFF attempted securing the western wing of the complex while 1 Para Commando Unit had the mission of gaining a foothold into the Akal Takht and Harmandir Sahab, with the help of divers. 26 Madras was tasked with securing the southern and the eastern complexes, and the 9 Kumaon regiment with SGPC building and Guru Ramdas Serai. 12 Bihar was charged with providing a cordon and fire support to the other regiments by neutralizing enemy positions under their observance.

Initial attempts by the Commandos failed as they came under heavy fire from the Sikh forces. Subsequently as well, with command over the rooftops of strategically located buildings, the Sikh fighters evaded fire and managed to keep the Indian Army under control. It is said that nearly 200 commandos attempted at gaining control of the Pool but were not successful in doing so.

With the heavy usage of the ‘Vijayanta Tanks’, the Army managed to inflict damage on the Atal Takht but the structure was still intact. The Army was in for surprise upon being hit by rocket-propelled grenade launchers with armor piercing capabilities. This was sourced from the Chinese.

The Army used seven Vijayanta Tanks during the operation.

By the end of the day, The Special Group, a confidential special forces unit of the R&AW, began its operations on a planned raid.

Post the Special Group’s foray and heavy fire throughout, the Army entered the Akal Takht and found the dead bodies of Sikh heroes Bhindranwale, Shabeg Singh and Amrik Singh. With this, the Indian Army gained effective control of the Harmandir Sahib complex.

The Indian Army went about massacring Sikh fighters from everywhere, from basements, towers and all locations. By the afternoon of 10th June 1984, the operation was concluded.