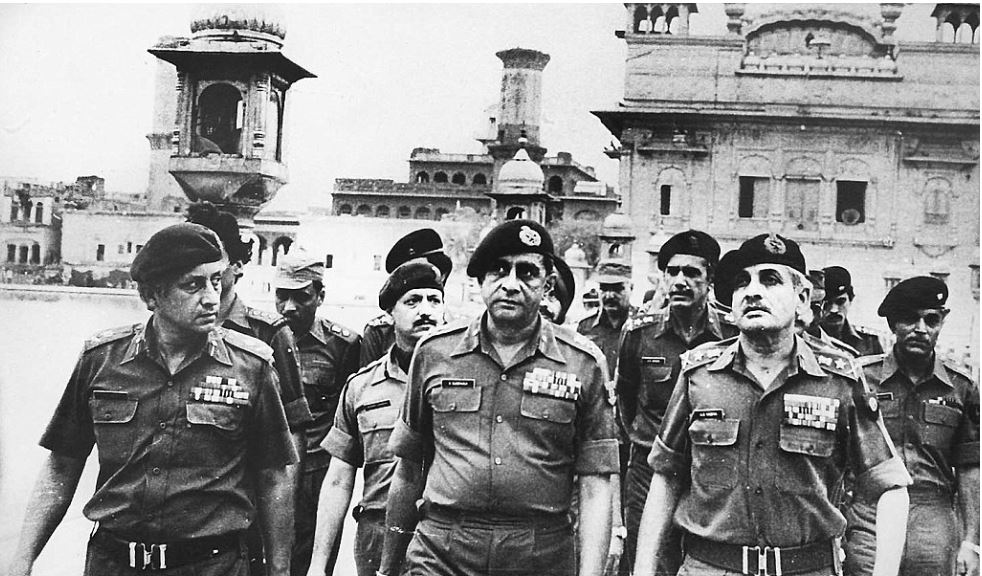 On 3 June 1984, a 36-hour curfew was imposed on the state of Punjab with a complete blackout of all communication, electricity and travel, cutting it off from the rest of the world. The Indian Army made their way into Harmandir Sahib on the night of 5th June and had by the morning of 7th June taken full control.

The armed Sikhs were led by Bhindranwale, former Maj. Gen. Shabeg Singh, and Amrik Singh, the President of the All India Sikh Students Federation from Damdami Taksal.

The Army operations were broken down into several sub-operations:

To take out the militants including Bhindranwale from the Golden Temple complex.

To raid extremist hide-outs throughout Punjab and the countryside.

To prevent the outbreak of public protest in Punjab. This was immediately post Operation Blue Star.

The Army began by sealing all borders and seven divisions of troops were deployed in villages spanning Punjab. Police officers in disguise began entering the temple to scout for threats and to gain knowledge. Plans were made to move from outside-in; clear all the militants on the outside before gradually moving inside. Media, rail, road and air services were suspended. Water and electricity supply were also cut off.

This day being the martyrdom day of Guru Arjan, Sikh pilgrims were permitted to enter the Temple. Over 200 young Sikhs, sensing an imminent attack used this as an opportunity to escape the premises. Post this, all routes leading to the Temple were cordoned off. The entire complex was surrounded by the Indian Army by the end of the day.

Beginning with announcements asking pilgrims to vacate the Temple, the Indian Army entered and almost immediately bombarded the historic Ramgarhia Bunga Water Tank and various other defense positions. This was followed by the entry of tanks and APCs. Army Helicopters were manning from the skies.