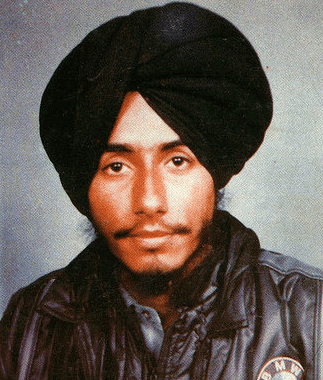 In April 1990 at village called Mari Butchian near Sri Hargobindpur, police and border security forces surrounded the place of Bhai Jugraj Singh Toofan who was for long, been hunted by the Indian police. Unfortunately for Jugraj Singh, the firing pin of his AK 47 was missing, leading him to vacate the place and make an escape for his life. Just earlier that day, when he was sick, he sent a trusted person to get him some medicines from the city. As it turned out, the friend wasn’t so trustworthy after all since it was, he who tipped off the police.

Considering the police would fall upon the home of his innocent hosts at any moment, he and his four fellow Singhs fled the scene immediately and took cover of a nearby sugarcane field, sparing his guests of any torture at the hands of the brutal Indian police. Jugraj Singh and his team split to different directions with three of them going one way and the other two, Jugraj Singh himself and Bakshish Singh went the other way.

With bullets now flying into and, in several directions, from the field, Jugraj Singh was hit by a bullet which shattered a bone in his leg, making it impossible for him to walk. Despite this, a brave Bakshish Singh refused to leave his side, hoisted him on his shoulder and managed to reach a nearby tractor. As fate would have it, the tractor broke down just as it started, leading to more bullets being showered their way.

Jugraj Singh was shot dead right there. Bakshish Singh managed to take cover behind some nearby houses where he continued the fight till his ammunition ran out. He later died of his wounds inflicted by the bullets.

The three other Singh’s, including Bhai Baljit Singh and Bhai Piara Singh, were able to escape from the gun battle and lived to carry on their fight for an independent Sikh state, Khalistan, for yet another day.