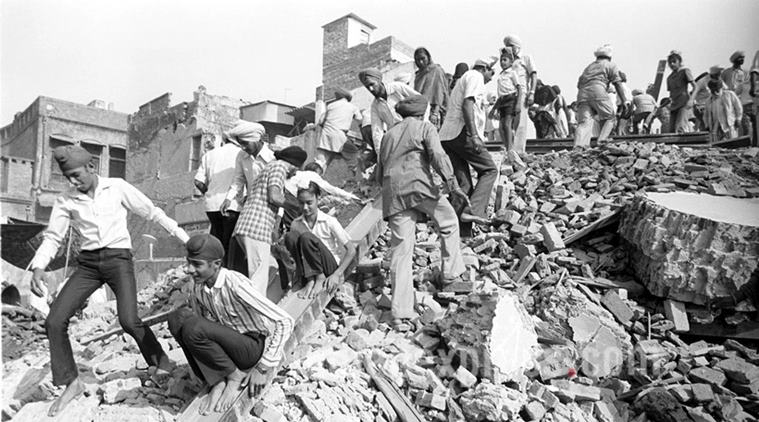 The Indian Army’s violations of Human Rights were especially exposed thanks to Brahma Chellaney, the Associated Press’ South Asia correspondent, who was the only foreign reporter to manage and stay back in Amritsar despite the media blackout.

His dispatches were the first reports from a source outside of the Government that shed light on the bloody operation in Amritsar. His first dispatch, front-paged by The New York Times, The Times of London and The Guardian, reported a death toll about twice of what authorities had admitted. According to the same, it was reported that about 780 militants & civilians and 400 troops had been massacred.

The report further stated that 8 out of 10 men suspected Sikh militants had been shot with their hands tied. In that dispatch, Mr. Chellaney interviewed a doctor who said he had been picked up by the Army and forced to conduct postmortems despite the fact he had never done any postmortem examination in the span of his lifetime.

The Indian Government quick to cover their tracks charged Chellaney with violating of rules, especially the censorship of the Punjab press censorship, on counts of fanning sectarian hatred and trouble, and later with sedition. India also called his report baseless and disputing his casualty figures. Chellaney was also faced with intense pressure to cooperate with Amritsar Police who kept pushing him for his sources and for details outlined in his report. Chellaney declined to reveal his source, citing journalistic ethics and the constitutional guarantee of freedom of the press.

In September 1985 charges against Chellaney were dropped. The Associated Press stood by the accuracy of the reports and figures, which were “supported by Indian and other press accounts”.

The Indian Army’s constant response has been that they were only answering to calls of duty as they are mandated to do so and viewed the Sikh fighters as terrorists, not seekers of justice.