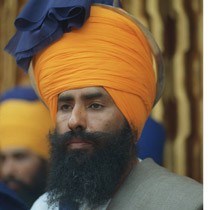 The Daheru Shootout is regarded to be the first combat in pursuance of the Sikh fight for an independent state, Khalistan. This is attributed to Babbar Khalsa, one of the oldest and most prominent Sikh organizations. Babbar Khalsa was active from the late 1970s, spanning till 1993, where the end of militancy led to a dramatic fall in violence.

The chief of Babbar Khalsa, Jathedar Talwinder Singh was largely responsible for the rallying of Sikh youth post the killing of 13 Sikhs by the Nirankari cult at Amritsar in 1978. Under Talwinder Singh’s leadership, the organization punished those who were guilty of blasphemy and sacrilege of the Sikh shrines and/or leaders of anti-Sikh Mafia gangs. Talwinder Singh largely undertook his fight for freedom in the Western Hemisphere.

On 19 November 1981, 5 members of the Babbar Khalsa and Talwinder Singh were residing at a place in the Daheru village, in the district of Ludhiana. A police party headed by Police Inspector Pritam Singh Bajwa was on the lookout for Talwinder and his associates, in continuance of their mission to get rid of anyone who fought for an independent Sikh state. Upon being located, a fire battle took place resulting in the death of the Police Inspector and his fellow Constable. Post this incident, all 6 members of the Babbar Khalsa escaped.

The 6 brave Sikh members were:

Sewa Singh and Gurnam Singh had subsequently joined Bhindranwale and were martyred during Operation Blue Star. This is believed to be the first act which gained Babbar Khalsa and its chief Talwinder Singh recognition and respect within the Sikh community. In October 1992, Talwinder Singh was arrested at Jammu, was mercilessly tortured and then killed in a fake encounter.