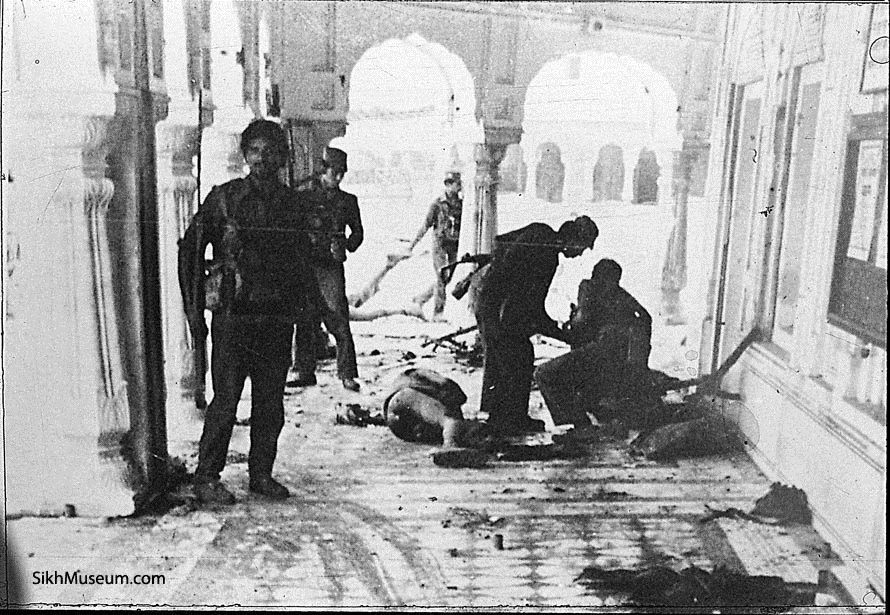 Operation Blue Star resulted in the bloody massacre of nearly 500 Sikhs. While this is only the official figure, estimates including unaccounted civilians, pilgrims and others could potentially be much higher. The Indian Army had no regard for the religious precinct, no regard for the hundreds of innocent pilgrims who were merely visiting. The objective was very clear – Eradicate them all.

All of this culminated in the assassination of Indian Prime Minister Indira Gandhi, who was shot by her own Sikh bodyguards on the 31st of October 1984. This resulted in a nationwide outrage against the Sikh community who only resorted to an act of revenge for all the sufferings and pain caused to them. The widespread killing of Sikhs led to major divisions between the Sikh community and the Indian Government. Sikh retaliation continued with the 1985 bombing of the Air India flight 182. General Arun Shridhar Vaidya, the Chief of Army Staff at the time of Operation Blue Star, was assassinated in 1986 in Pune by two Sikhs who were both sentenced to death in 1992.

March 1986 saw yet another attack by the Indian Government named Operation Black Thunder. Sikh fighters considering the Golden Temple to be their own home began occupying the place in large numbers. Nearly 200 fighters were arrested and post a 12-hour operation, India took control over Harmandir Sahib yet again. In June 1990, the Indian government ordered the area surrounding the temple to be vacated by local residents in order to prevent Sikh fighters’ activities around the temple.

TORTURE OF SIKH SOLDIERS IN THE ARMY

Owing to harassment and constant embarrassment, over 600 soldiers of the 9th Battalion of the Sikh Regiment revolted for their rights. Many soldiers fled to Pakistan while others were rounded by men from the Rajputana Rifles, one of the oldest Regiments of the Indian Army.

The leaders of the Sikh mutiny divided the troops into two groups to avoid group massacres and anticipated roadblocks. One half was engaged by Army artillery at Shakteshgarh railway station; those who managed to escape were rounded up by 21st Mechanised Infantry Regiment. The other half came under fire from the 20th Infantry Brigade, which resulted in the death of 35 Sikh soldiers. By the end of it, 55 Sikh soldiers were killed and 2,606 were captured alive.

All of the captured mutineers were unjustly court-martialed by the Indian Amy. In August 1985, thanks to the efforts the retired Sikh officers, 900 of the 2,606 mutineers were rehabilitated by the Central government as part of the Rajiv-Longowal accord.