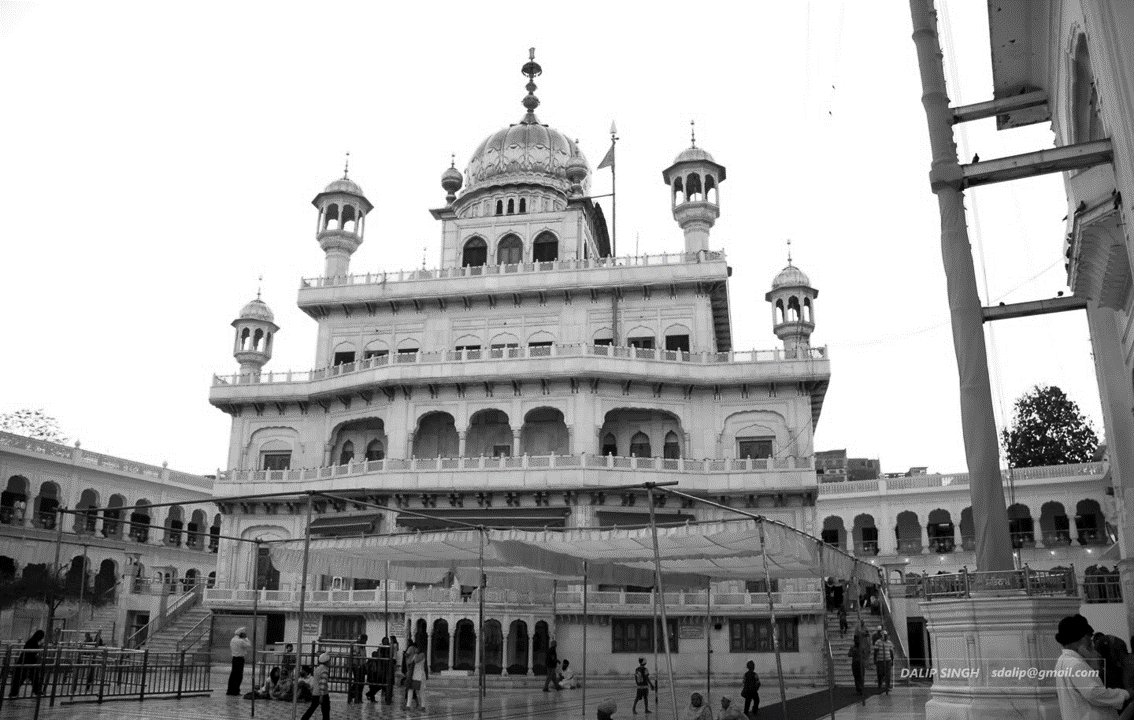 Akal Takth – The Center of Operations

In July of 1982, anticipating Bhindranwale’s arrest, the then President of the Akali Dal, Harchand Singh Longowal invited Bhindranwale to take up residence at the Golden Temple complex.

Bhindranwale, along with 200 of his followers took over the Guru Nanak Niwas Guest House in the precincts of the Golden Temple. Designating this as the central location, Bhindranwale used this place to meet with people, hire potential recruits, plan his next moves and to interview with national television channels to voice his desire and need for an independent Sikh state, Khalistan.

In December of 1983, Bhindranwale and his followers occupied the Akal Takht. Sensing the possibility of a mutiny, both houses of the Parliament of India demanded Bhindranwale’s arrest. But the Akal Takht was a secure area, for no Guru or high priest was ever allowed accommodation there.

During a debate in the Parliament of India, members of both houses demanded the arrest of Bhindranwale. Sensing the prospect of his arrest, he convinced SGPC president Tohra to set up his headquarter in Akal Takht of the Golden Temple. The temple high priest protested this move as a violation since no Guru or leader ever resided in Akal Takht, but Tohra agreed to Bhindranwale’s demand to prevent his arrest.

Bhindranwale’s fight for independence, despite being for the benefit of Sikhs received opposition from leaders across communities, the most prominent being Giani Partap Singh, an eighty year old spiritual leader and a former Jathedar of the Akal Takht. Partap had openly criticized Bhindranwale for stocking arms and ammunition in the Akal Takht.