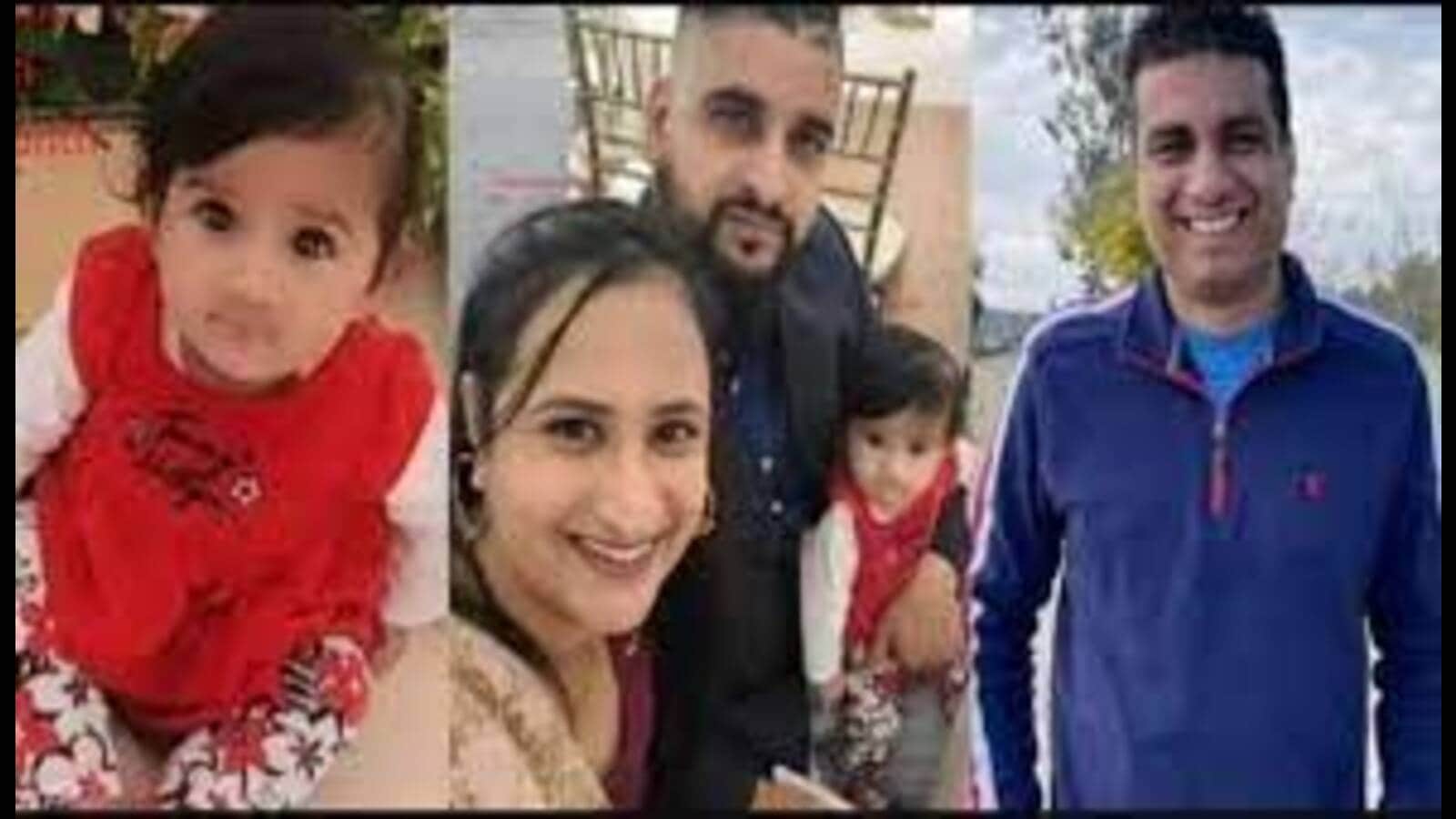 The suspect in the killing of an Indian-origin Sikh family, including an eight-month-old girl, had once worked for the family’s trucking business and had a longstanding dispute with them that got “pretty nasty” and culminated in an act of senseless killing, the authorities and a relative said.

Also read: Promise of a better life shattered as 4 of Punjab family killed in California

Merced County sheriff Vern Warnke said the bodies of 36-year-old Jasdeep Singh, 27-year-old Jasleen Kaur, their eight-month-old child Aroohi Dheri and the baby’s uncle, 39-year-old Amandeep Singh, were found on Wednesday evening in an orchard after they were kidnapped on Monday.

The family, originally from Harsi Pind in Hoshiarpur, Punjab, was kidnapped at a business in Merced County, California.

“The primary suspect in the kidnapping and murder, Jesus Manuel Salgado, is a former employee who used to drive for the victims’ trucking company. They had a disagreement and parted ways,” a relative of the family was quoted as saying by NBC Bay area.

The relative also revealed that baby Aroohi Dheri was left for dead and died from exposure, the report said.

Warnke also said that he believes there might be a second person involved in the kidnapping and killings, but investigators are still collecting evidence.

“If that person is watching, might as well turn yourself in,” Warnke was quoted as saying. “Our detectives are like bulldogs. They’re not going to give up. Once we find or determine that there was in fact a second person, they’re going to go after and go after hard,” he said.

The longstanding dispute between Salgado and the victims “got pretty nasty”, Warnke was quoted as saying by KTVU television station.

Relatives told investigators that Salgado had sent angry text messages or emails about a year ago after working with a trucking business, Warnke said.

Nothing stolen from trucking company

Family members said nothing was stolen from the trucking company but that their relatives were all wearing jewellery. Warnke had said that after the kidnappings, an ATM card belonging to one of the victims was used in Atwater. Public records show the family owns Unison Trucking Inc. and family members said they had recently opened an office for it in a parking lot the Singh brothers also operated, the report said.

Salgado was officially booked into the Merced County Jail on four counts of kidnapping and four counts of murder on Thursday evening. Deputies say he tried killing himself before being taken into custody on Tuesday. The report added that Amandeep, the baby’s uncle, is survived by his wife and two kids in their teens.

The city of Merced has organised a candlelight vigil for the family every night at 7pm from October 6 to 9.

On Monday, the family members were kidnapped from a business at the intersection of Dickenson Ferry Road and South Highway 59 in Merced County.

Warnke said that a farm worker near the orchard found the bodies and immediately contacted the authorities.

All the bodies were found close together, he said.

“There are no words to describe the anger I feel,” Warnke said. “There’s a special place in hell for this guy,” he said about the suspect, who attempted to kill himself. “It’s horribly, horribly senseless,” he said.

Warnke did not say how the family was killed, adding that it appears they were killed before they were reported missing on Monday.

Salgado, already a convicted robber, was previously convicted of first-degree robbery with the use of a firearm in Merced County, as well as attempted false imprisonment and an attempt to prevent or dissuade a victim or witness. He was sentenced to 11 years in state prison in that case, according to the California department of corrections and rehabilitation.

He was released from prison in 2015 and discharged from parole three years later. He also has a conviction for possession of a controlled substance, the corrections agency said.