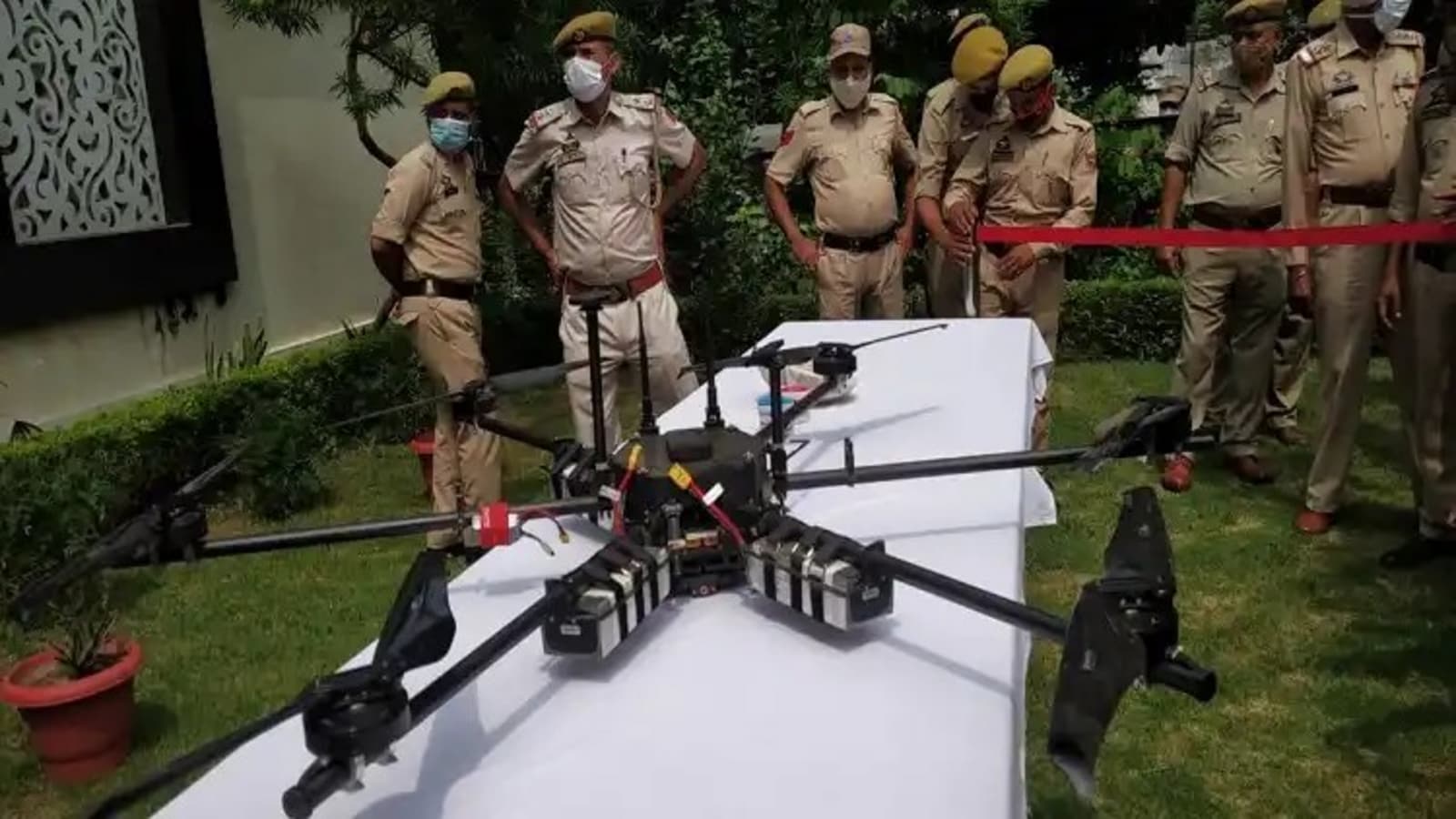 Home minister Amit Shah has asked Border Security Force (BSF) to lead an inter-agency group that will seek to counter drones transporting weapons and explosives across the 182 km long international border in Jammu, from Pakistan.

The increased drone activity across the border was brought to the notice of Home Minister Amit Shah in the security review meeting in Srinagar on Wednesday with top security and intelligence chiefs in attendance. While BSF, which mans the international border with Pakistan in Jammu sector, believes that it has been able to repel drones carrying arms, ammunition and explosives from Pakistan, the state police and the intelligence agencies differ with this assessment.

Data from security agencies shows that in 2020, there were weapons recovered from six incidents of drone activity in Jammu (1), Samba (2), Kathua (1) and Rajouri (2) but the total number of drones that crossed the IB is anybody’s guess. The weapons recovered in 2020 were: seven AK series assault rifles, nine pistols, 2 MP4 carbine, five carbine magazines and 10 high explosive grenades.

In 2021, there were 12 activities of drones detected including five in Samba, six in Jammu and one in Rajouri sector. Recoveries included seven AK series rifles, 27 pistols, 25 high explosive grenades and 22 improvised explosive devices in boxes.

This year, already, three incidents of drone activities have been reported including two in Jammu sector and one in Kathua sector. Recoveries include one pistol, five IEDs, six grenades, 7 rounds of grenade launcher, three bottles of explosives and 10 sticky or magnetic bombs.

According to top JKP officials and security agencies, the drones also drop packets of Afghan heroin for financing terror operations in the Valley. It is understood that the group behind transportation of weapons, explosives and drugs is Pakistan-based Lashkar-e-Toiba, which has camps across the IB in Shakargarh Bulge area. As of today, the most active Pakistani group in the Valley is LeT with Jaish-e-Mohammed tactically taking the back seat with the Bahawalpur leadership under pressure from Pakistani deep state.

While security agencies and law enforcement forces are worried about these assembled drones transporting weapons for use both in UT of Jammu and Kashmir and the Indian hinterland, the Home Ministry is trying to find a solution to counter this menace by either blasting the drones when they are crossing IB or by jamming the UAVs using the latest technology. Even though DRDO claims to have developed the anti-drone technology, the results are not optimal due to frequent inclement weather conditions south and north of Pir Panjal ranges. BSF has now been asked to look beyond DRDO to acquire the best equipment so that the drones are countered effectively all along the IB and 720 km long Line of Control (LoC) in the UT. “The biggest worry is transportation of explosives across IB as these can be used anywhere in the country,” said a top official who asked not to be named.

The surge in drone activity and terror strikes in Jammu and Kashmir clearly shows that Pakistan has all plans to keep the Valley on permanent boil through violence and the killing of the innocents. Even though Indian Army commanders deployed on the LoC claim that there is hardly any drone activity north of Pir Panjal, intelligence inputs are quite to the contrary and have been taken up by the Home Minister.