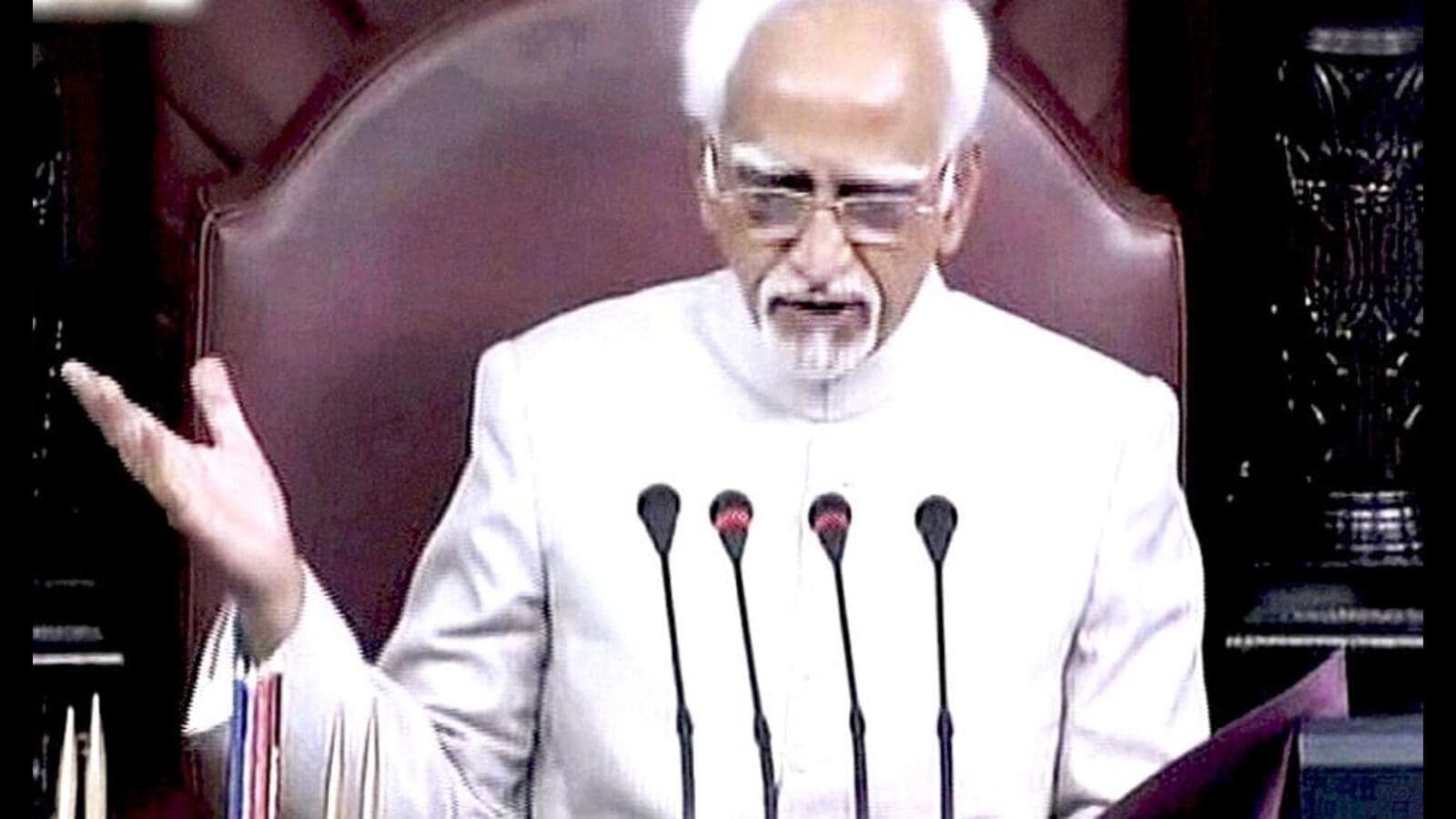 Timeline of controversy over Pakistani journo’s ‘links’ with Hamid Ansari

The Bharatiya Janata Party (BJP) on Friday again attacked former Vice President Hamid Ansari over his alleged links with Pakistani journalist Nusrat Mirza, who has claimed to have visited India five times when the previous Congress-led United Progressive Alliance (UPA) government was in power and having passed on sensitive information collected here to his country’s spy agency Inter-Services Intelligence (ISI). Here is a timeline of the controversy Mirza’s claims triggered:

July 10: Mirza appears on the Pakistani YouTube show The Critical Patriot and claims to have spied for ISI. He says he attended events in Delhi and Aligarh between 2007 and 2010 and handed over the information he collected to the then Pakistan Army’s chief General Ashfaq Parvez Kayani. Mirza claims he attended a seminar on terrorism in 2010 when Ansari was the vice president.

July 12: Gurdeep Singh Sappal, who was Ansari’s officer on special duty, denies claims of Mirza’s association with the former vice president and says they are “politically motivated’’ and frivolous”. In a series of tweets, he says Mirza never said Ansari invited him. He adds Ansari was neither the organiser of the seminar nor did he invite anyone to it. “Hamid Ansari was the chief guest at the seminar.”

Ansari issues a statement calling the BJP’s charges a “litany of falsehood”. He says he inaugurated the “International Conference of Jurists on International Terrorism and Human Rights” in December 2010 for which the list of invitees would have been drawn by the organisers, and that he neither invited nor met Mirza.

July 14: Adish Aggarwala, a senior advocate and the organiser of the 2010 seminar, shares an image purportedly showing Ansari sharing the stage with Mirza at an event organised by the Jama Masjid United Front in October 2009.

He says an official in the Vice-President Secretariat requested him on former Ansari’s behalf to invite the Mirza for the conference at Vigyan Bhawan, New Delhi. Aggarwal says said the official called him up the day before the conference and expressed Ansari’s displeasure. Aggarwal adds he was informed that Ansari was offended and will now attend the inaugural ceremony for only 20 minutes although he initially agreed to participate in the event for an hour.

July 15: Aggarwala claims Ansari asked him to invite Mirza to the event. He rejected claims that Ansari never met or invited Mirza.

BJP steps up attack on Congress and Ansari citing the photo Aggarwala shared even as the former vice-president reiterates his statement that he never met or invited the Pakistani journalist.