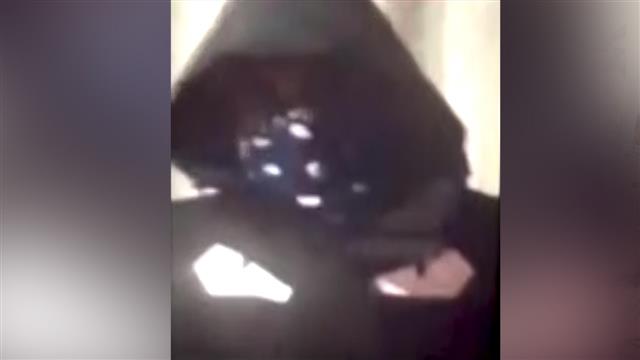 Sidhu Moosewala murder mastermind Goldy Brar, who is said to be in Canada, released a video on Friday to claim that they had spurned a Rs 2 crore compromise offer made by the singer to them following the Vicky Middukhera case.

Goldy Brar in the video released on Friday. Video Grab

The video shot in dim light and posted on social media shows Goldy speaking with a covered face. He said he was forced to shoot the video to “counter the propaganda that Moosewala was a Sikh shaheed (martyr)”.

‘He was not a martyr. In order to live up to the macho image he had created for himself through his songs, he repeatedly committed mistakes for which he was punished. We waited for the Indian justice system to deliver, but it did not. Law is for commoners, not for big stars, leaders and their friends. These high and mighty people commit crimes and get away with them, but commoners like us are punished promptly.”

The Tribune had recently reported that Goldy Brar in his earlier social media posts had claimed that the Moosewala killing was effected to uphold their honour. Bishnoi, too, while being questioned by the police insisted that it was not a contract killing but a killing for safeguarding their respect and honour in the underworld.

In the latest video, Goldy questions those calling Moosewala a “shaheed”. “Ninety-five per cent of the people calling him a martyr of the Sikh faith earlier used to hate and criticise him. What has happened now? He was not a hero of the Sikh Panth or a Punjab yodha. He does not deserve that. You are disrespecting the real martyrs by making such a comparison,” Goldy said.

Punjab DGP Gaurav Yadav visited Moosewala’s place on Wednesday. He expressed condolences to his parents and assured them that the culprits would soon be brought to justice.

Goldy said, “We had no option but to kill him and take revenge by picking the weapons. God knows if we were right or wrong. We bow before Him. We will accept His justice, not of this world. He knows why we did what we did.

“The video has a special purpose. We are bad people. Let us be bad. We don’t want to be good. People bring down houses of good people. They killed my brother, who had nothing to do with gangsters. But police failed to nab his killers.

“People have got swayed by the emotional videos by Moosewala’s parents and his funeral. But Moosewala caused such a grief in many houses. This never became public because only the suffering of powerful people gets noticed and is publicised, not that of the common man like us. We saw such funerals in our house. His name figured in all of those. Will you tolerate the killer of your brothers roaming around freely, in VIP security? What would you have done if you were in our place? On top of that, he constantly provoked us through his songs.

“He had been begging for mercy through mediators after the Middukhera murder. He offered to pay us Rs 2 crore for his life through some youths of Muktsar but we rejected it.”

Goldy Brar said that using his influence Moosewala could have helped Punjab on many issues. “True Sikhs spend their lives in jail for a cause but not those who become opportunist politicians. Look at the character first. He sang a song on the SYL. It was a good song but have you wondered why he joined the party (Congress) which had introduced the SYL project (Sutlej-Yamuna Link canal between Punjab, Haryana and Delhi). Did he raise the issue with the party? Did he raise the theft of Punjab waters with anyone? When Deep Sidhu’s funeral was taking place Moosewala was singing and dancing on a stage in an akhara elsewhere and carried on with the function. You people have such short memory. You forget things easily,” he said.

Taking a dig at Moosewala, Goldy Brar said Moosewala eulogised American rapper Tupac Shakur and emulated his style. (In Moosewala’s song, ‘The Last Ride’ released two weeks before the singer’s murder, Moosewala compared his life and style with Tupac, saying he, too, would die young like Tupac. The killers of Tupac, killed in 1996, have not been identified so far though some suspects were detained.) Brar said Tupa never sought or took police security or roamed around with politicians.