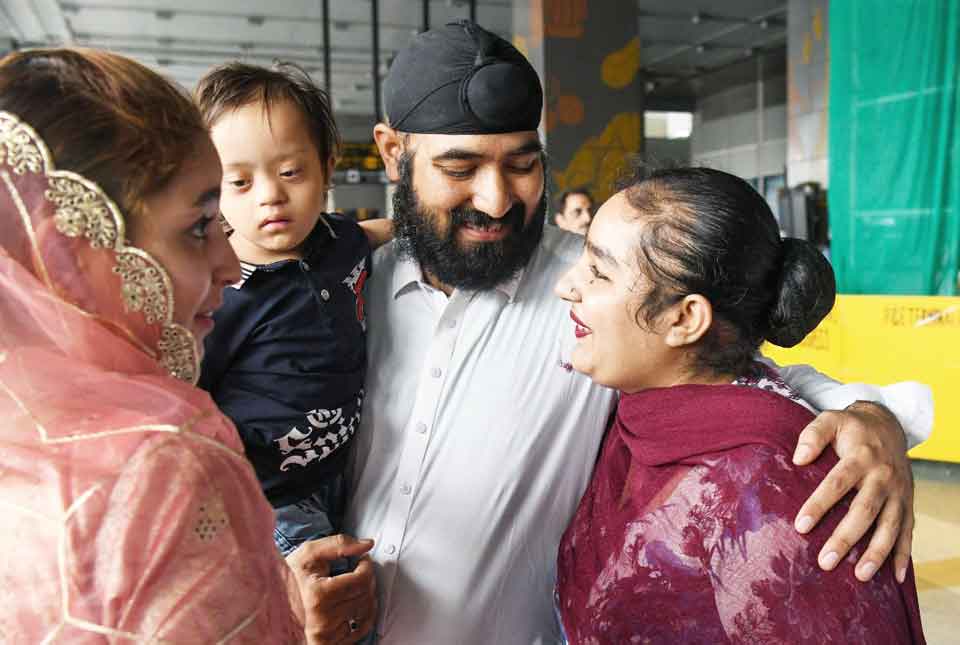 30 Sikhs are removed from Kabul by India

India on Wednesday evacuated thirty Afghan Sikhs, including children, from Kabul. A non-scheduled commercial flight of Afghanistan’s Kam Air brought the individuals from Kabul to the Indira Gandhi International (IGI) Airport here with the help of officials and civil society activists. According to civil society sources, who have been involved in coordinating the evacuation of Afghan Sikhs and Hindus, around 110 Hindus and Sikhs remain in Kabul, which continues to suffer from terror attacks.

The evacuees were taken to Gurdwara Sri Guru Arjan Dev Ji, Tilak Nagar, in the western part of the capital where they will be looked after by the World Punjabi Organisation, Sobti Foundation and other social organisations. The tickets for the evacuees were provided by the Shiromani Gurdwara Prabandhak Committee, Amritsar.

The organisers of the evacuation said that there are at least fifty-one e-visa applications from the Sikh and Hindu communities of Afghanistan that are pending with the Government of India and they urged for fast processing of these visas so that they could be airlifted to India. Afghanistan continues to be targeted by terror attacks.

In June, an Islamic State attack on the Gurdwara in Kabul left two persons dead, including a priest of the shrine. The Islamic State – Khorasan Province (ISKP) claimed the attack and cited the controversy over remarks about the Prophet of Islam as the reason for the attack. The evacuation of the remaining Sikhs and Hindus from Afghanistan intensified in this backdrop of additional security threats from the IS. The Taliban that currently runs Afghanistan claimed to have taken strict action against the ISKP but the latter has been successful in carrying out a few spectacular attacks.