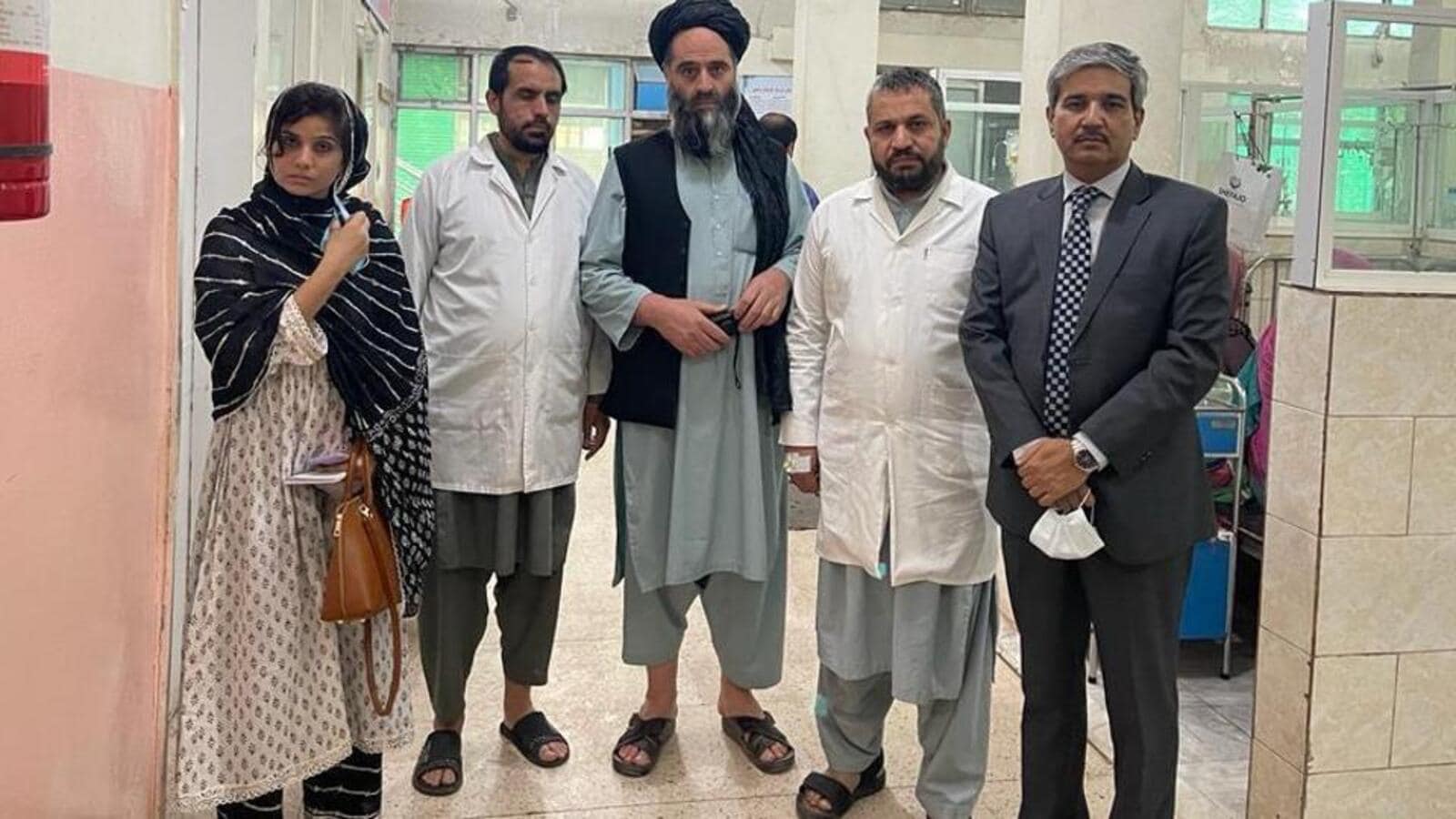 NEW DELHI: Against the backdrop of repeated calls for protecting the rights of Afghan women and their inclusion in all aspects of life, a woman diplomat was part of the Indian team that travelled to Kabul for meetings with senior Taliban leaders.

Deepti Jharwal, who is desk officer for Afghanistan in the crucial Pakistan-Afghanistan-Iran division of the external affairs ministry, was in the small team sent to Kabul on Thursday to make an assessment of the delivery of India’s humanitarian assistance for the Afghan people.

An officer of the 2011 batch of the Indian Foreign Service, Jharwal participated in a meeting with Taliban acting foreign minister Amir Khan Muttaqi and visited the Habibia High School in Kabul that was renovated by the Indian government some years ago. Jharwal has also done a stint in the Indian embassy in Italy in the past.

The team, which was led by joint secretary JP Singh, who heads the Pakistan-Afghanistan-Iran division, met senior members of the Taliban and held discussions on India’s humanitarian assistance. The team, which included representatives from security agencies, also toured a children’s hospital, a school and a power plant backed with Indian support.

People familiar with the matter said the woman diplomat’s inclusion in the team was an apparent signal to the Taliban setup on the need to ensure inclusion of Afghan women and children in all aspects of life. The people also pointed out women officials were conspicuous by their absence from delegations sent by several Western countries to Kabul.

Since coming to power in August last year, the Taliban have instituted a de facto ban on education for teenage girls and allowed female university students to attend classes under a gender-segregated system. Restrictions on women have increased in recent months, barring them from undertaking long distance journeys without a male guardian and directing women TV anchors to wear masks.

Besides Muttaqi, the Indian team also met acting deputy foreign minister Sher Mohammad Abbas Stanekzai, who “assured the Indian side that Afghanistan, considering its balanced foreign policy, seeks enhanced political, economic and cultural relations with India as an important regional country”, according to a Taliban spokesman.

Stanekzai thanked the Indian government for its humanitarian aid and assured the Indian team that “Afghan-Indian relations would move forward based on mutual respect and joint bilateral legitimate interests, and would not be influenced by other countries’ inter-rivalry”, the spokesman said.

The Taliban spokesman said the two sides stressed the continuation of such meetings to strengthen relations.