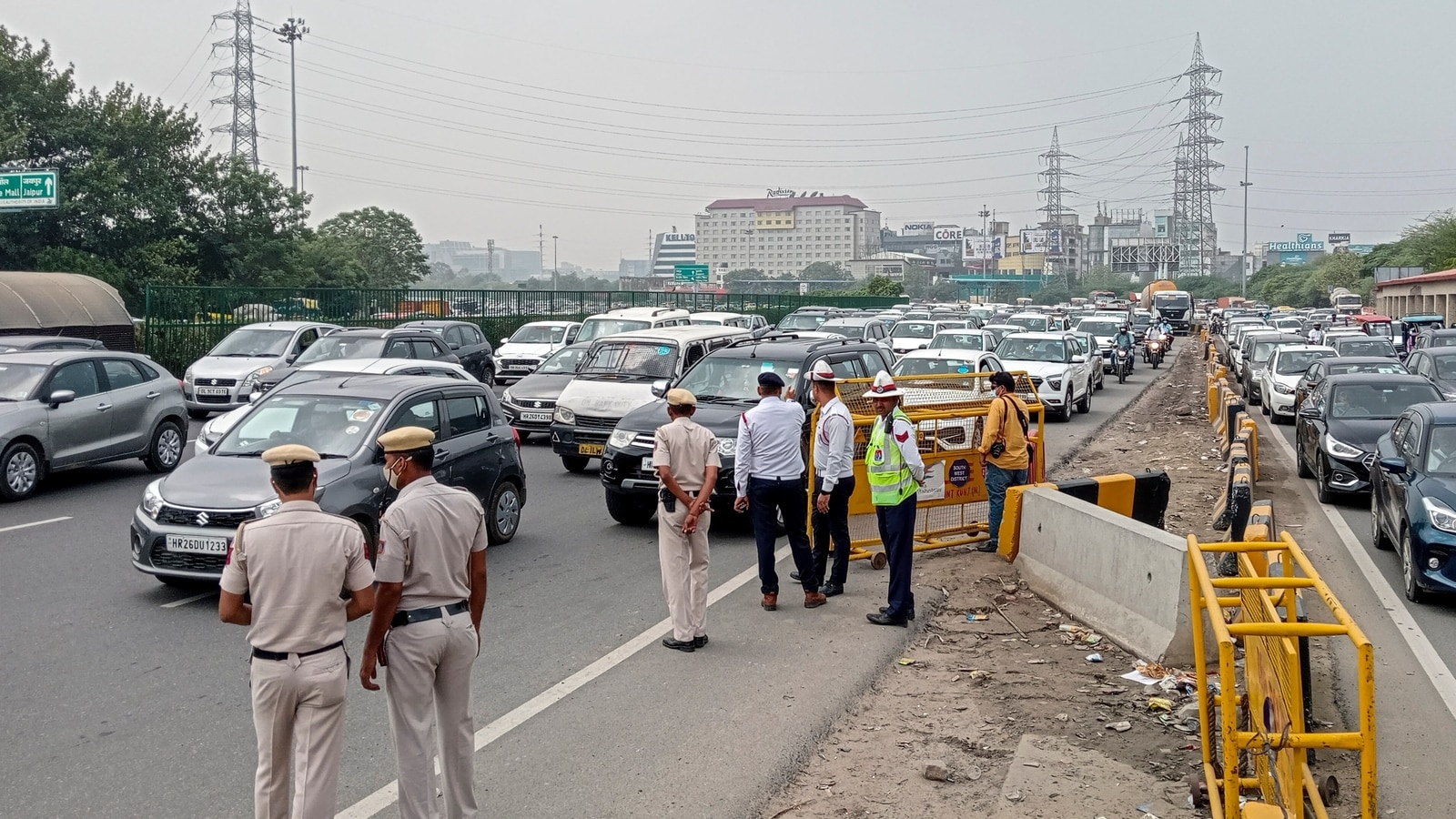 While Delhi-NCR (National Capital Region) saw a chaotic start to the week with huge traffic jams on key routes with neighbouring cities – Gurugram and Noida – many other states stepped up security on Monday over the Bharat Bandh call by some groups against Agnipath, the new military recruitment scheme. More than 50 people, including three Congress MLAs, were held as demonstrations intensified against the recruitment plan in the armed forces – revealed just last week by the government – along the Singhu border between the national capital and Haryana. Rail traffic remains affected too.

Here are ten updates on the Bharat Bandh-Agnipath stir:

1. On Monday afternoon, some Youth Congress blocked a rail track in Delhi and stopped a train, a dramatic video showed. The Congress has said it would be continuing the protest against the centre over the recruitment plan and the questioning of Gandhis by the centre in the National Herald case. Rahul Gandhi and other top party leaders have been questioning the centre over the scheme.

2. Security checks along the borders of the national capital slowed down the road traffic. Long queues of cars and buses – lined up on roads – were seen at the Delhi-Gurugram Expresway and also the Delhi-Noida routes.

3. In Haryana, demonstrations continued in Fatehabad and the Rohtak district, news agency PTI reported, adding that was a heavy deployment of police at railway stations, including those in Ambala, Rewari and Sonipat in Haryana and Ludhiana, Jalandhar and Amritsar in Punjab.

4. In Punjab, after violence was reported at the Ludhiana railway station on Saturday, huge police forces were seen on roads. “Heavy security has been deployed at the Jalandhar railway station amid the Bharat Bandh call by some organisations against the Agnipath scheme. We’ve sufficient force, and we have deputed 80 per cent of our own city force. Besides, we also have deployed the Rapid Action Force and the Punjab Armed Police,” police officer Jagmohan Singh was quoted as saying by news agency ANI.

5. Not just Punjab, Uttar Pradesh too is closely monitoring the situation. “Platforms, tracks amd entries are being monitored. We’re coordinating with the railways’ police force and intelligence to see that no miscreant does anything and the passengers don’t face any problem. Timely announcements are being made, and there is help desk for the public. They can get all the information at the help desk,” RPF IG Tarique Ahmad told ANI in UP’s Gorakhpur.

6. Hundreds of trains have been affected ever since protests were first reported on Wednesday, a day after the scheme was unveiled. Many trains have been torched and vandalised as agitations raged.

7. Scenes were no different in Andhra Pradesh’s Vijayawada city where tight security was seen at the railway station. Vijayawada.

8. More than 1,000 people have been arrested over the violent demonstrations since Wednesday. Most of these arrests have been from Bihar.

10. The union and home ministry have announced reservations for the Agnipath recruits – Agniveers – after they retire from their four-year service. The recruitment scheme aims to bring down the average age of soldiers, airmen and sailors by targeting the 17-21 age group. All those recruited will be called ‘Agniveers’, who will be enrolled for a service duration of four years including the training period. After four years, 25 per cent of the recruits will be retained or re-enlisted in the regular cadre based on merit, willingness and medical fitness.

(With inputs from PTI, ANI)