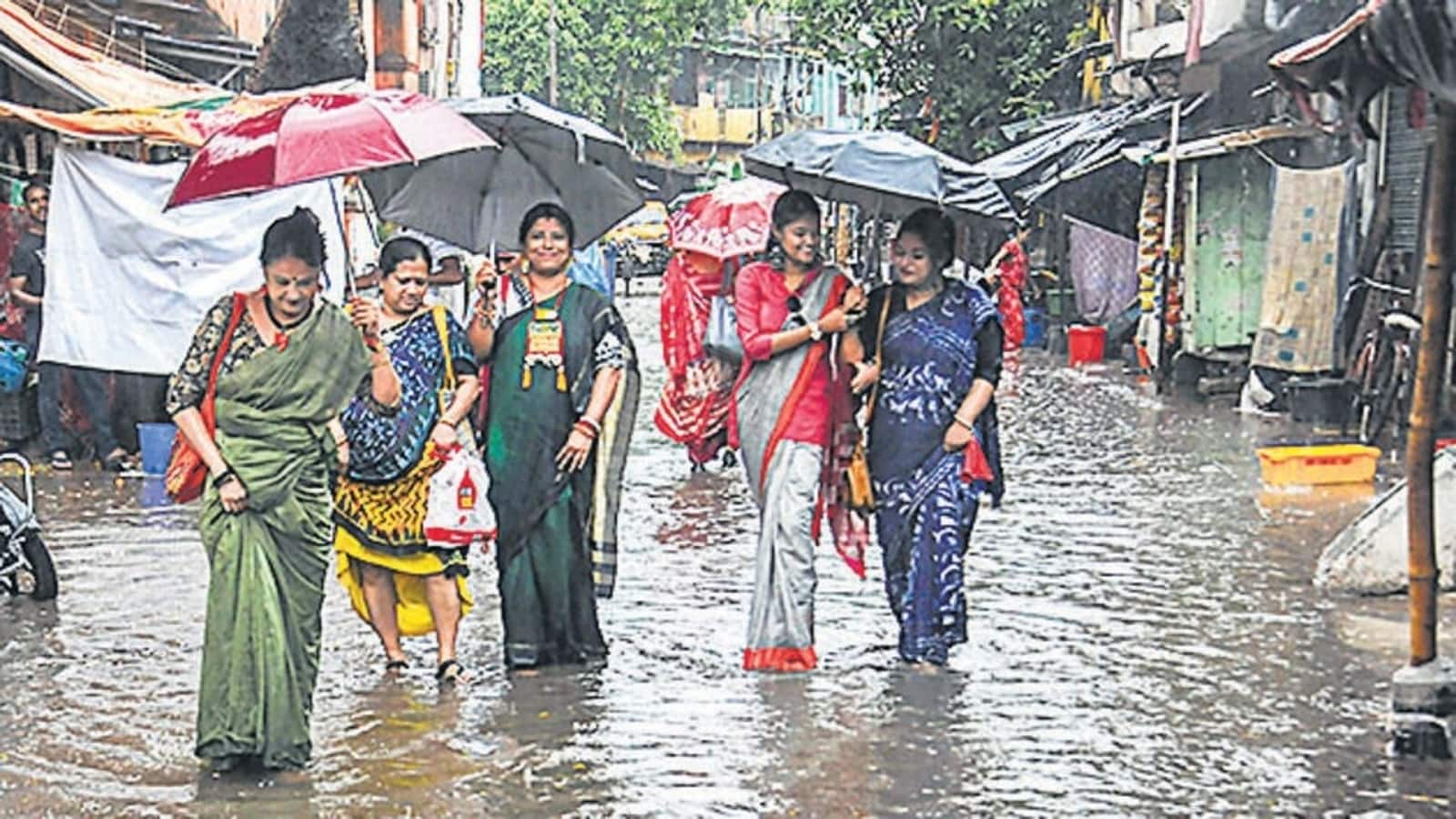 Mercury over northwest, central India to rise; heavy rains in these states due to cyclone Asani

Severe cyclonic storm Asani packing winds up to 120kmph is likely to reach west central and adjoining northwest Bay of Bengal before weakening in the next 24 hours, the India Meteorological Department (IMD) said on Monday.

Although the cyclone is not expected to make landfall, it will lead to rain and high winds on the east coast and higher temperatures over northwest and central India.

On Monday afternoon, Asani was centered over west central Bay of Bengal, about 820km west-northwest of Port Blair, 450km southeast of Visakhapatnam in Andhra Pradesh, and 610km south of Puri in Odisha, the weather office said.

“As Cyclone Asani nears the coast, it will start drawing a lot of dry air from the land. This sucking in of dry air will lead to incursion of warm, dry westerly and northwesterly winds blowing over northwest and central India,” said DS Pai, director at the Institute of Climate Change Studies, Kerala, and a former scientist at IMD. “The system has already started dragging dry air. We can expect maximum temperatures to rise over central and northwest India now till about May 13.”

The IMD has issued a warning for heatwaves over parts of Rajasthan (May 9 to 13) with isolated severe heatwave conditions over western parts of the state (May 10 to 12). It also warned of heatwaves in Gujarat (May 9 and 10), Vidarbha in Maharashtra and Madhya Pradesh (May 9 to 13), south Haryana and south Punjab (May 10 to 13) and over Delhi (May 11 to 13).

“There is likely to be a rise in maximum temperatures by 2-3 degrees Celsius over south Punjab, south Haryana-Delhi, Rajasthan and north Madhya Pradesh during next four days and no significant change thereafter,” IMD said in its forecast.

“It’s still very much a severe cyclone but thankfully it has not caused any damage or even extremely heavy rain over the coast. There was some heavy rainfall over the Andamans, but nothing major. We expect it to remain strong in the severe cyclone or cyclone category till Wednesday,” said Das. “When such a large system recurves, it will definitely have an impact on temperatures. It may drag dry, hot air with it.”

There are, however, chances of a low pressure area developing over Arabian Sea and intensifying further. “But its chances of impacting our landmass looks slim,” added Das.

Cyclone Asani, a name given by Sri Lanka that means wrath in Sinhalese, has caused rainfall in Odisha, Andhra Pradesh and West Bengal during the day. The cyclone will not make landfall either in Odisha or Andhra Pradesh, but will move parallel to the east coast and cause rainfall, IMD director general Mrutunjay Mohapatra said on Sunday.

Moderate to heavy rains lashed parts of north coastal Andhra Pradesh on Monday. “Heavy to very heavy rainfall is likely to occur at isolated places. Squally wind with speed reaching up to 40-60kmph is likely to be witnessed in the next 24 hours,” IMD Amaravati said in a bulletin. The Cyclone Warning Centre at Visakhapatnam asked fishermen not to venture into the sea.

Moderate to heavy rains ranging from 2cm to 8.5cm, accompanied by gales, were witnessed in Vizianagaram, East Godavari, West Godavari and Eluru districts of Andhra Pradesh. There were reports of uprooted trees and electric poles from Bhimavaram, Narasapuram, Pedavegi, Mudinepalli and Bhimadole areas of West Godavari district.

In Odisha, districts such as Khurda, Ganjam, Puri, Cuttack and Bhadrak received two to three spells of rain. The Odisha government on Monday planned evacuation of people residing in four coastal districts. Distant warning signal 2, asking ships not to come near the coast, has been hoisted in all ports in Odisha in view of the approaching storm.

In West Bengal, the cyclone is likely to cause heavy rain in southern parts, including Kolkata, Howrah, Purba Medinipur, North and South 24 Parganas and Nadia districts over the next 2-3 days, IMD said.

In view of the cyclone, the state’s chief minister Mamata Banerjee postponed her three-day programme in Jhargram and Paschim Medinipur districts by a week. “The districts need to prepare to combat the cyclone, hence the deferment,” a statement issued by the West Bengal government said.

(With inputs from Srinivasa Rao Apparasu in Hyderabad)