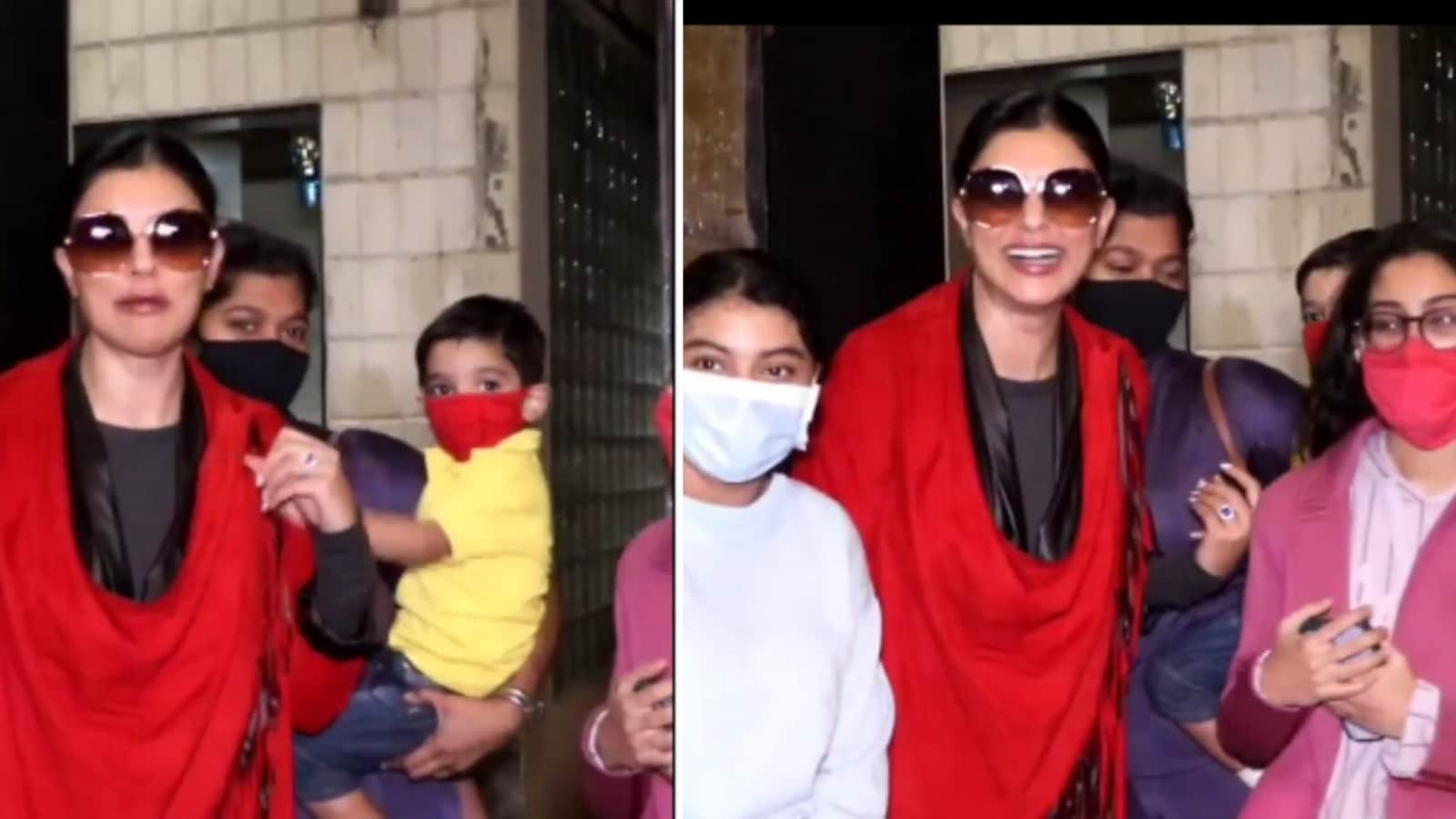 No, Sushmita Sen did not adopt another child. Here’s who the young boy spotted with her is

Actor Sushmita Sen was spotted with her daughters and godson in Bandra, Mumbai. On Wednesday, a video of Sushmita posing with them started doing rounds on the internet.

A paparazzo account posted the video on Instagram, with the caption, “Meet #sushmitasen little son.” Many other paparazzi accounts also called her his son. In the video, Sushmita was seen with her two daughters, Renee Sen (22), Alisah Sen (12) and introduced the paparazzi to her

In the video, Sushmita can be heard saying, “Come, my godson also come.” She later posed with her small family and thanked the paparazzi.

As soon as the video was posted, Sushmita’s fans started reacting to it. One fan said, “Hats off to this angel in those children’s lives.” Another one wrote, “This woman is on a whole different level! So much love and respect for her. Hard to find people so down to earth like her in today’s world!” While one commented, “Mashallah everyone should take her as inspiration and should adopt orphan children. Beautiful soul.”

In 2019, Sushmita shared a video of newly born Amadeus, who is her friend’s son and told her fans that her daughter Alisah prayed for him for nine months. She captioned the video, “This is a moment I will cherish forever. Alisah prayed & waited for baby Amadeus’s arrival EVERYDAY straight nine-month. She’s wanted a younger sibling to love & care for…for years now!! My friend Shreejaya made Alisah the happiest when she conceived To finally witness Alisah hold Amadeus for the very first time & the way he reciprocated her love…THIS HAPPINESS is etched in my heart forever!! Thank you Shree.”

Sushmita adopted her elder daughter Renee in 2000 and later welcomed Alisah as her second adopted daughter in 2010. During an interaction at FICCI Hyderabad, Sushmita spoke about the decision to adopt the girls, she said “The wisest decision I made at the age of 24 was to become a mother. It stabilized my life. People think it was a great act of charity and wonderful action but it was self-preservation. It was me protecting myself.”

Sushmita was last seen in the Amazon Prime series Aarya 2, in which she played the role of Aarya Sareen. She received the Best Actress – Female award at the Filmfare OTT Awards for the first season of Aarya.