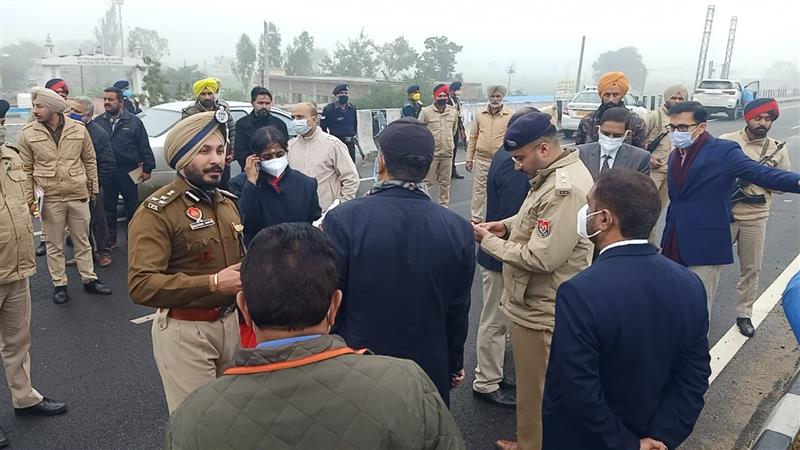 The MHA team set up by the Centre to investigate into the breach of the prime minister’s security and fix up the responsibility for the lapses due to which his cavalcade remained stuck up at the flyover for 20 minutes arrived here on Friday morning and has launched investigation into the entire episode.

PM Narendra Modi who had come to Punjab on Wednesday to attend the BJPs rally and inaugurate several development projects could not reach the venue as he remained stranded on a road overbridge near Piareana village in Ferozepur district on Wednesday, which triggered a nationwide debate over the alleged breach of his security.

The team arrived in Ferozepur from Amritsar where they had landed in the wee hours and drove to the BSF sector headquarters where it interacted with the senior civil and police officers who were directly responsible to ensure smooth passage for the Prime Minister and and ensure foolproof security for him.

Earlier, the MHA team along with the senior officers went to the flyover where the PM’s cavalcade remained halted for almost 20 minutes and asked a few questions to the officials. The team spent around 40 minutes at the flyover and then went back to the BSF sector headquarters for further investigation.

Meanwhile, Punjab Police have also registered an FIR against unidentified protesters who blocked the Prime Minister’s cavalcade on Wednesday.

As per information, the MHA team has summoned several senior police and civil officials, including Punjab DGP Siddharth Chattopadhyay, GP Nageshwar Rao besides 13 other officials who were deployed for the PM’s security during his visit to Ferozepur to appear in person before them on Friday.