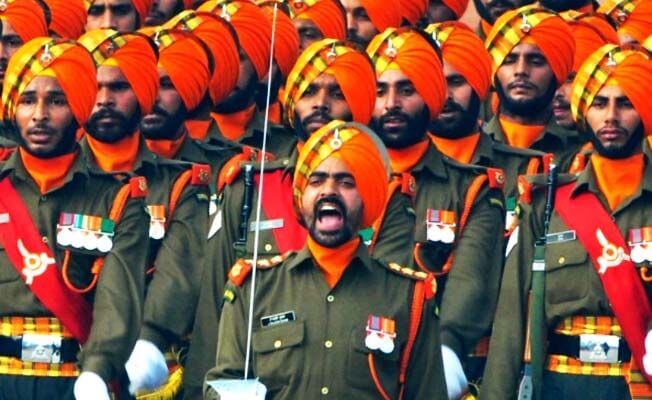 Sikh Regiment: past and present

The Sikh regiment shines bright with all the medals on their chest and courage in their hearts. Ever since it is made, the valour of these soldier have been a example seter of bravery not only in Indian Army but also in British Indian Army.

The Sikh regiment is the highest decorated regiment among all regiments of the Indian Army.

The first battalion of the regiment was officially raised just before the partial annexation of the Sikh Empire on 1 August 1846, by the British East India Company.

The Regiment has the honour of having one of its battalions being the first to arrive by air to Srinagar after Maharaja Hari Singh signed the instrument of accession. The Battalion reached there on October 27 1947 earning the sobriquet of ‘Saviours of Valley’

Sikh regiment is a “single class” regiment. The Soldiers are trained at the Sikh Regimental Centre, currently located in Ramgarh Cantonment, Jharkhand. The war cry of the regiment, taken from Sikh scriptures, is Jo Bole So Nihal, Sat Sri Akal.

The regiment was the first Battalion to be Awarded a Battle Honour post Independence (Srinagar) and was the only Param Vir Chakra to be awarded in the eastern sector during Sino Indian Conflict of 1962. The Sikh Regiment was the first unit to have been bestowed with the Honour of The “Bravest of The Brave” by the Chief of Army Staff on 15 January 1997.

The Sikh regiment has been credited with 1652 gallantry awards and honours including:

In addition it has also earned:

21 soldiers of the 36th Sikhs were posthumously awarded the Indian Order of Merit for their actions in the Battle of Saragarhi in 1897: