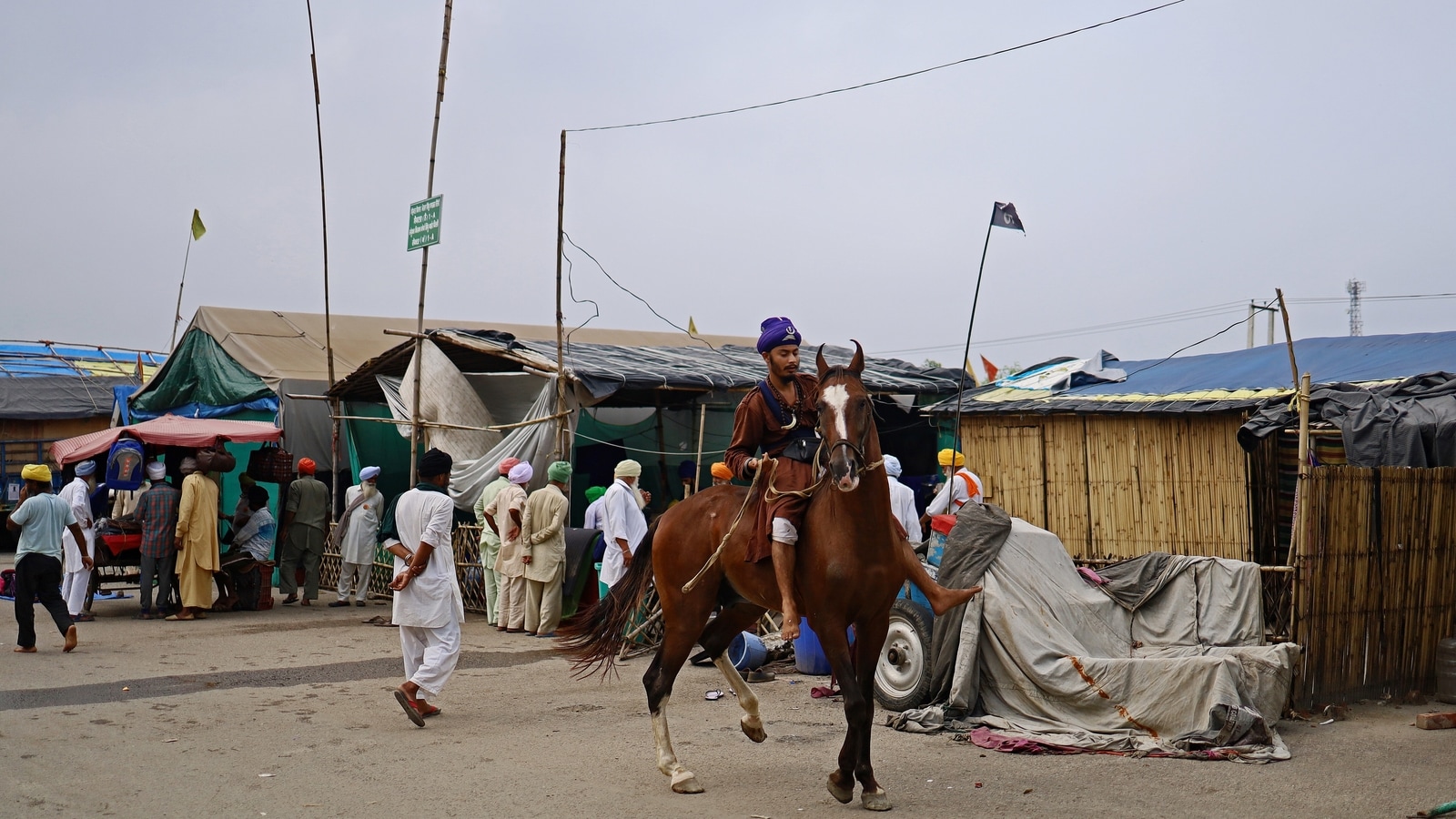 Farmers’ body condemns violence; says the Nihang group, deceased not associated with them

Samyukt Kisan Morcha, the umbrella body of the unions of farmers protesting the three contentious agriculture laws for the past one year, distanced itself from the ‘gruesome’ killing of a man at the Singhu border allegedly by a Nihang group and demanded the culprits be punished according to law. The farmers’ association will cooperate with the police and the administration in any lawful action as always, it said. “This peaceful and democratic movement is opposed to violence in any form,” the statement issued by the farmer leaders Balbir Singh Rajewal, Darshan Pal, Gurnam Singh Charuni, Hannan Mollah, Jagjit Singh Dallewal, Joginder Singh Ugrahan, Shivkumar Sharma Kakkaji, Yudhvir Singh and Yogendra Yadav said.

In its statement, it said that the man who has been killed for allegedly desecrating Guru Granth Sahib hails from Punjab and he was staying with the same group of Nihangs at the border for some time. “A Nihang group at the scene has claimed responsibility, saying that the incident took place because of the deceased’s attempt to commit sacrilege with regard to the Sarbaloh Grant,” the statement said.

“The Morcha is against sacrilege of any religious text or symbol, but that does not give anyone the right to take the law into their own hands,” the farmers’ union said adding that both the parties to this incident, the Nihang group and the deceased person have no relation with Samyukt Kisan Morcha.

On Friday, the body of a man with a severed hand was found hanging at the Singhu border, the main protest site of the farmers. A spokesman for Sonepat (Haryana) Police said Nihangs, a Sikh group, were being accused of killing the man for allegedly desecrating Guru Granth Sahib. “They also made the video of the entire incident. Senior officials have reached the site,” the spokesman added.

A video clip purportedly of the incident has gone viral on social media platforms. In that video, some Nihangs are seen standing in while the man lies in a pool of blood with his chopped off left hand next to him. The video clip shows the Nihangs asking the man where had he come from and who had sent him for committing sacrilege. The deceased is heard saying something in Punjabi and pleading before the Nihangs. Asked about the video clip circulating on social media platforms, a Sonipat police official said the matter is being investigated.