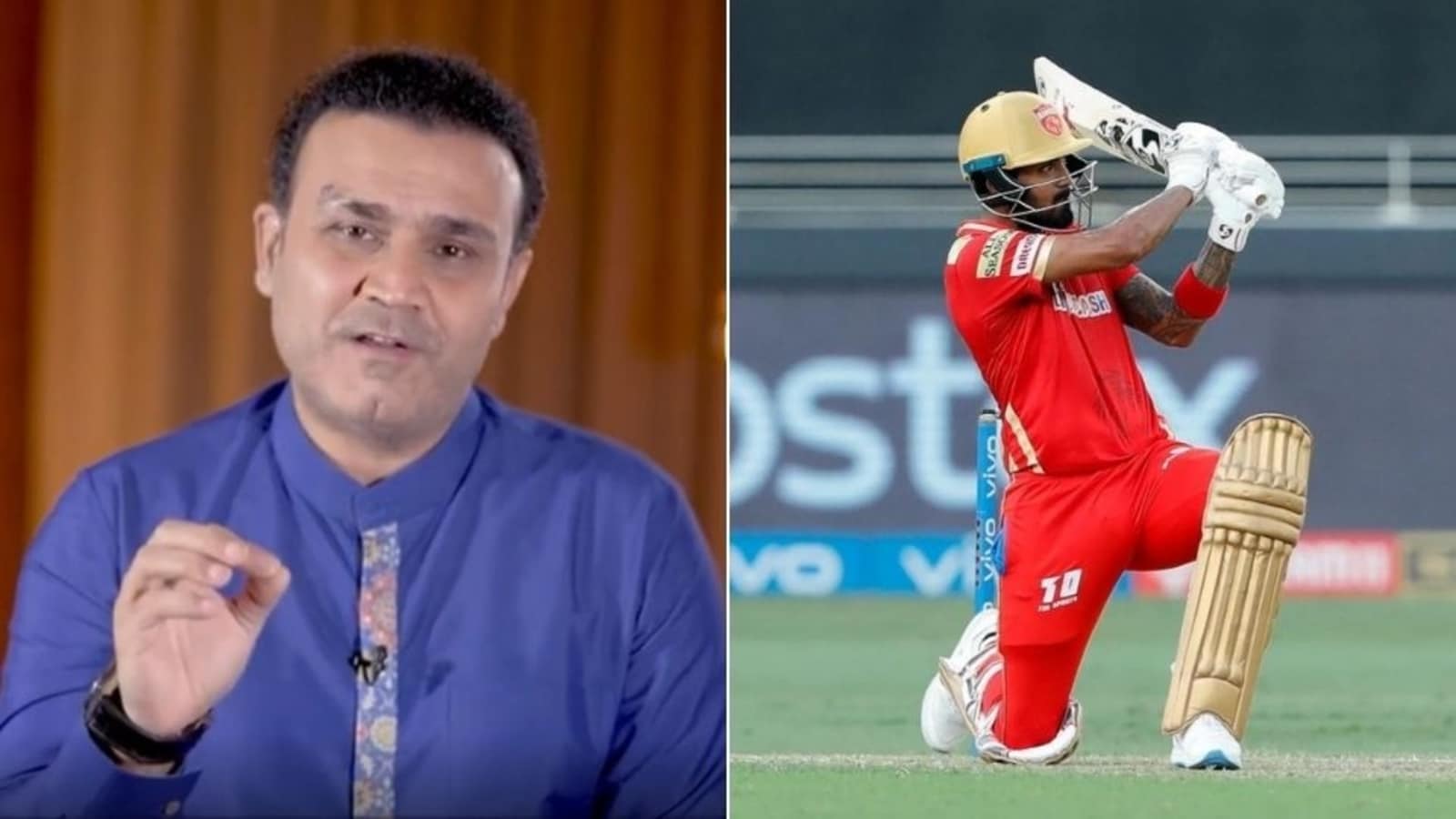 Punjab Kings skipper KL Rahul played an electrifying knock against Chennai Super Kings (CSK) in Indian Premier League (IPL) 2021 match no. 53, handing his team a 6-wicket win in Dubai on Thursday. It was the last league stage match for both teams. While CSK had already qualified for the playoffs, Punjab needed to win this game within 10 overs to keep their chances alive.

In pursuit of 135-run target, PBKS couldn’t finish the chase in desired number of overs but Rahul’s knock earned him massive praises. The skipper scored an unbeaten 98 off 42 balls, including 7 boundaries and 8 sixes, as Punjab won the game with 7 overs to spare.

Former PBKS and India opener Virender Sehwag heaped praise on Rahul’s batting but also mentioned that the latter could have played this kind of innings earlier in the tournament. During a conversation on Cricbuzz, cricketer-turned-commentator said,

“Today he had no other option. KL Rahul had to play that way to better the net run rate. Had it been a game in the middle stage of the tournament, it wouldn’t have finished so fast and we might have witnessed the normal version of Rahul. Maybe he thought it as a chance to qualify for the playoffs, given the other teams lose. He tried to finish the game in 10 overs but that couldn’t happen.”

Sehwag further said if Rahul had played this type of knocks on multiple occasion in the early phase of the league, Punjab would have been sitting on the upper half of the points table.

ALSO RE | ‘He has very seldom delivered in his entire career’: Gavaskar says RR’s 16-crore buy ‘hasn’t lived up to expectations’

“He missed his hundred but if he had played such innings on two-three occasions earlier in the tournament, Punjab Kings would have automatically qualified. Because the close games they have lost, it’s just because Rahul didn’t finish those games. Had he done this previously, PBKS not only would have made it to the knock out stages but also don’t have to think much about their net run rate. But Punjab is Punjab, they very well know how to hurt themselves,” Sehwag concluded.