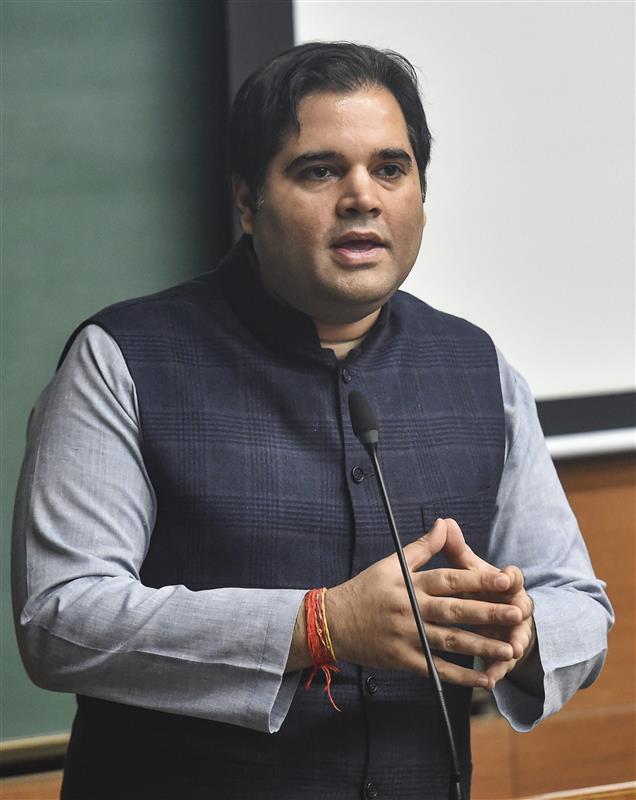 BJP MP Varun Gandhi on Sunday warned against attempts to turn the Lakhimapur Kheri incident into a “Hindi vs Sikh battle”, saying it is dangerous to create these fault lines and reopen wounds that have taken a generation to heal.

The Pilibhit MP, who was recently dropped from the BJP national executive, said the struggle for justice in Lakhimpur Kheri is about the “cruel massacre of poor farmers in the face of an arrogant local power elite”, and the issue has no religious connotations.

“To use the word ‘Khalistani’ liberally to describe the protesting farmers is not only an insult to the generations of these proud sons of the Tarai who have fought and shed blood on our borders, it is also extremely dangerous for our national unity if this provokes the wrong kind of reaction,” he said.

In a tweet, he said, “An attempt to turn Lakhimpur Kheri into a Hindu vs Sikh battle is being made. Not only is this an immoral & false narrative, it is dangerous to create these fault-lines & reopen wounds that have taken a generation to heal. We must not put petty political gains above national unity.” Police had arrested Ashish Mishra, son of Union Minister of State for Home Ajay Mishra, in connection with the October 3 Lakhimpur violence.

Farmer organisations have blamed the father-son duo for the incident and are alleging that the minister had made a provocative speech while his son was inside a vehicle that hit farmers. Both have denied the allegations.

Ashish Mishra was named in an FIR following allegations that he was in one of the vehicles that mowed down four farmers protesting over Uttar Pradesh Deputy Chief Minister Keshav Prasad Maurya’s visit last Sunday.

Two BJP workers and their driver were allegedly lynched by angry farmers in retaliation. Local journalist Raman Kashyap also died in the violence, which has triggered a political storm and put the BJP government on the back foot in poll-bound UP.

Gandhi has been sympathetic to the farmers’ cause over their protests against three agricultural laws and often tweeted in their support, a stand which is said to have not gone down well with the BJP leadership. PTI