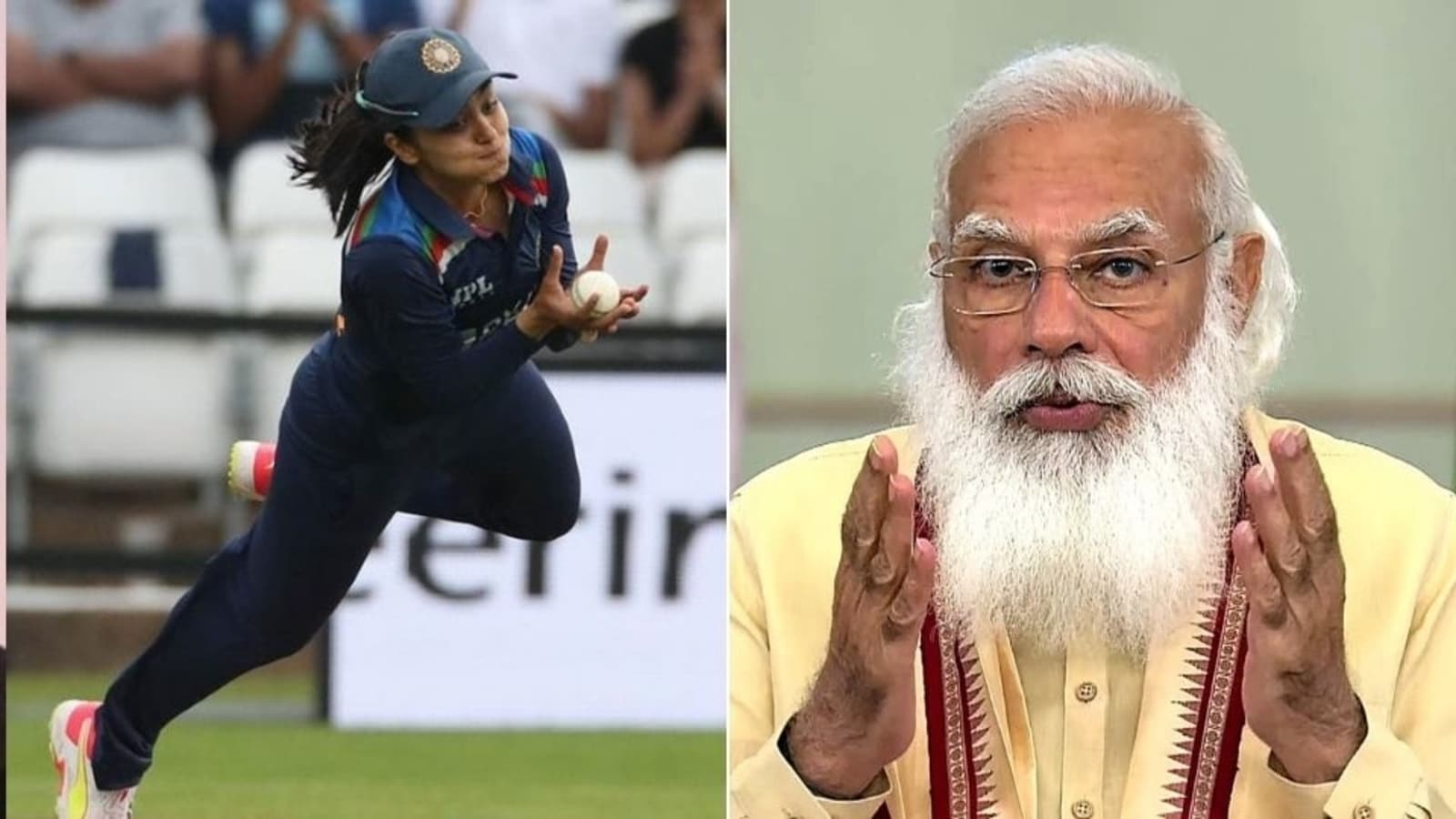 India’s Harleen Deol has left the social media awestruck with the stunning catch she pulled off to dismiss Amy Jones in the first T20I against England on Friday in Northampton. While some greats of the game have already heaped praise on the youngster, Indian Prime Minister Narendra Modi also took to social media and hailed her outstanding efforts.

The video of Harleen’s catch was shared on the Government of India’s Instagram profile which has already gone viral, garnering more than 700k views in 24 hours. On Saturday, PM Modi shared the screenshot of the post as his Insta story with a caption, “Phenomenal! Well done @deol.harleen304.”

ALSO RE | ‘On Richter scale, the value of shock is 15’: Ramiz Raja lashes out at Pakistan, says ‘over-rated players keep playing’

While sharing the video on social media, the Government of India wrote, “YOU ABSOLUTELY CANNOT MISS THIS! India’s Harleen Deol took one of the most stunning catches in the history of women’s cricket to dismiss England’s Amy Jones during the 1st T20I at Northampton. Take a bow!”

Former Indian all-rounder Suresh Raina also shared the video on Twitter and appreciated Harleen’s heroics. He wrote, “This is terrific, what a brilliant catch @imharleenDeol Way to go, the country is so proud of you! Keep shining & inspiring others #INDvENG.”

This is terrific, what a brilliant catch @imharleenDeol Way to go, the country is so proud of you! Keep shining & inspiring others #INDvENG pic.twitter.com/M5qvL8SPl8 — Suresh Raina🇮🇳 (@ImRaina) July 10, 2021

The 23-year-old Punjab cricketer responded to Raina’s tweet and said, “Thanku @ImRaina sir so much..u have been my inspiration for achieving higher levels in fielding when I was younger…thank you”.

Thanku @ImRaina sir so much..u have been my inspiration for achieving higher levels in fielding when I was younger…thank you 🙏🏻🙏🏻 — Harleen Kaur Deol (@imharleenDeol) July 10, 2021

The Indian eves may have lost the opening T20I to the hosts by 18 runs but Harleen’s act is gathering massive praise on social media. The incident happened in the 19th over of the English innings when Amy Jones tried to clear the fence off Shikha Pandey’s delivery. Posted at the long-off, Harleen jumped and tried to hold on. But she realised that she was stepping out of the boundary line. Immediately, she tossed the ball into the air and then came back inside the line to complete the catch mid-air.