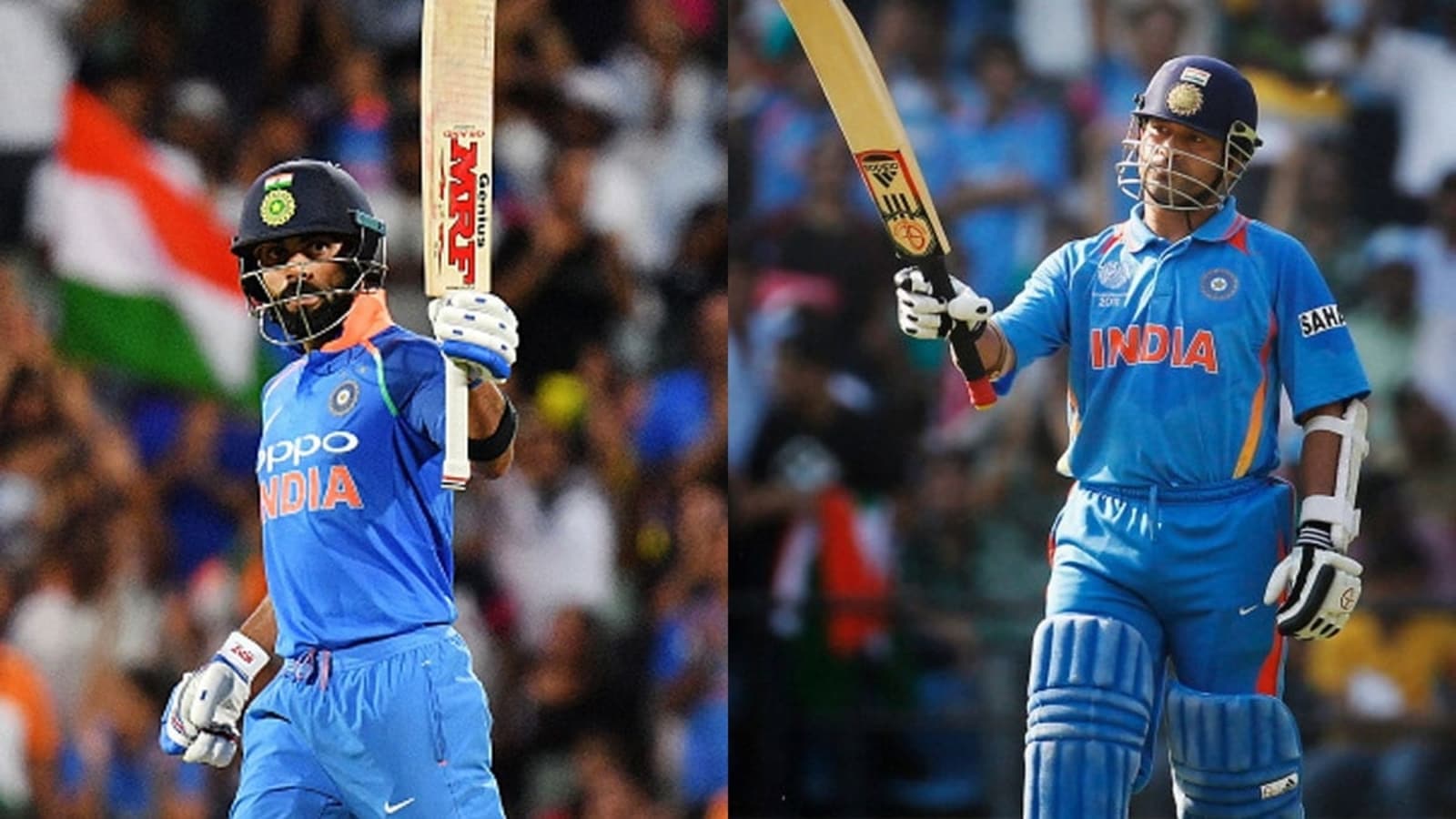 ‘Give Sachin Tendulkar credit and stop comparing him to Virat Kohli’: Shoaib Akhtar

When talking about the greatest modern-day batsman of all time, two names are certainly thrown up – Sachin Tendulkar and Virat Kohli. While Tendulkar was considered the greatest of his generation, Kohli is also talked about in the same vein. Both batsmen have wowed the cricket fraternity with their exceptional exploits with the bat. While Tendulkar has most of the run-scoring records in cricket, Kohli is surely catching up.

However, when it comes to choosing the better of the two, it becomes a little difficult as they played in different eras of cricket. Former Pakistan pacer Shoaib Akhtar also talked about the same. He wanted people to stop comparing Tendulkar to Kohli as the Master Blaster faced the likes of Wasim Akram, Waqar Younis and Shane Warne.

RE | ‘Find a place for this talent in top 11’: Yuvraj Singh in awe of swashbuckling Indian batsman

“There’s an embargo on cricket. How can there be three circles in the field? I mean…give Sachin Tendulkar credit and stop comparing him to Virat Kohli. He did not play the era of Sachin Tendulkar, which is like the single era of 50 overs, and then the reverse swing starts literally after 10 overs. Face that with Wasim Akram, Waqar Younis, and the spin of Shane Warne.”

“Every team had its specialists. [Lance] Klusener, Jacques Kallis, Shaun Pollock, Allan Donald, Makhaya Ntini, there were five quality fast bowlers in every country. How many do you have now? There’s Pat Cummins, Josh Hazlewood, but then what?” Akhtar told Sportskeeda.

RE | IND vs SL: ‘On a slightly slippery slope,’ Chopra says 31-year-old batsman may need to ‘score a century’ in 3rd ODI

Akhtar also talked about the ICC putting a lot of restrictions on the bowlers.

“How many fast bowlers in the world have you seen who can bowl 150 kmph, and how many people are allowed to play this game according to the old wishes?”

“The ICC has put a lot of restrictions, and what do you want? You want TRP, you will get it. But if you got to see the characters, you need to lift the restrictions.”