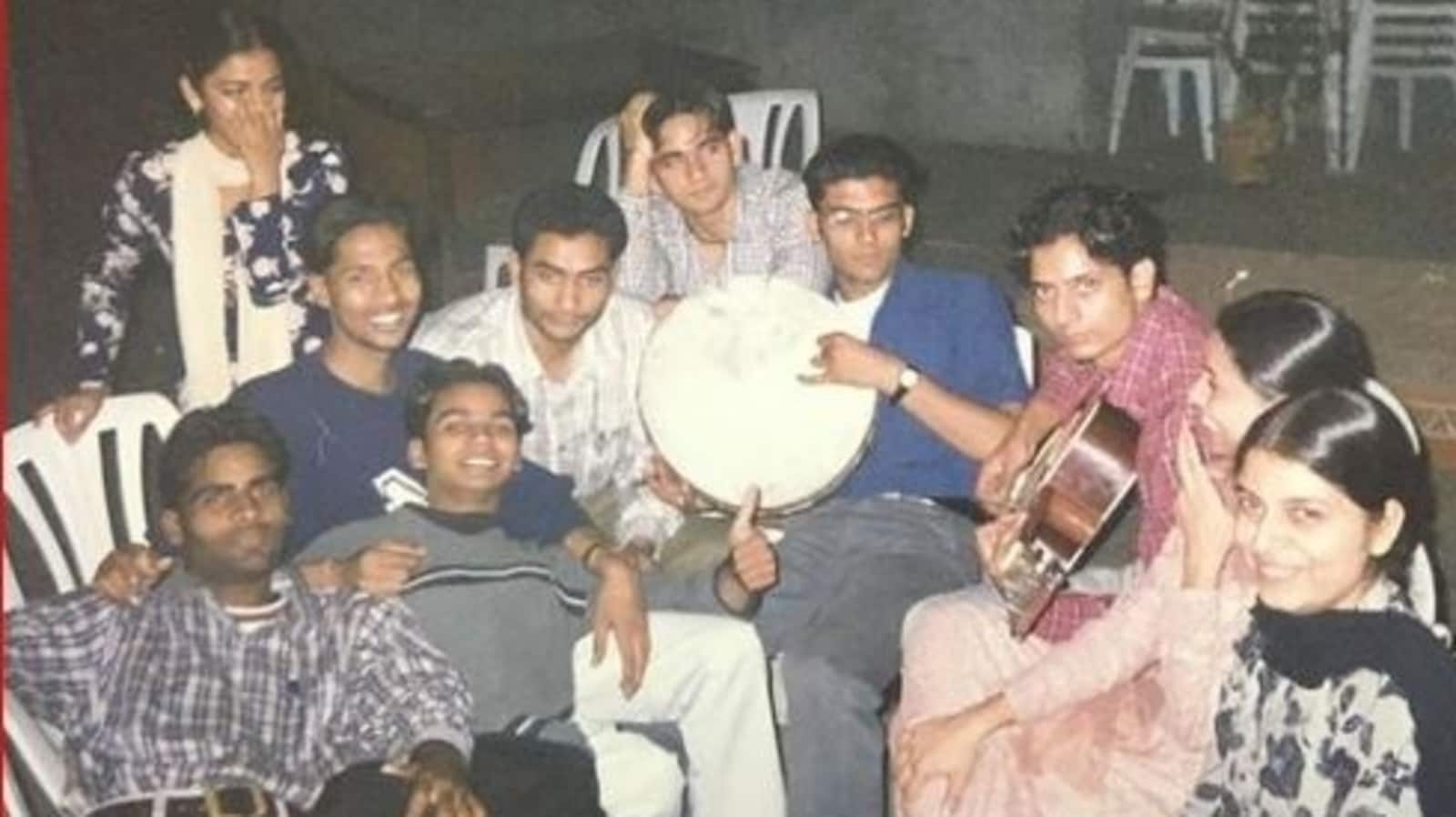 Kapil Sharma shares throwback pic from college days, asks fans to recognise him. Can you?

Kapil Sharma looked quite different during his college days, his latest Instagram post reveals. The TV star has shared a throwback picture from the time when he did theatre in college.

Actor-comedian Kapil Sharma shared a throwback picture from between rehearsals of one of his college plays and wrote, “After finishing the rehearsals of our play, musical session with my team, find me in the picture ? N write in comments below #old #memories #college #theatre.”

Rajiv Thakur, Kapil’s co-star from their popular show The Kapil Sharma Show, lamented the fact that he was always missing from such pictures. He commented on Kapil’s post with, “Aur main hamesha dukaan pe chala jata tha , jab masti karne ka time aata tha (I would always go to the shop when these fun moments began) @kapilsharma Always missed these sessions.”

Archana Puran Singh, who is also seen on Kapil Sharma’s famous TV show, took a wild guess for his questions and wrote, “Found you @kapilsharma !! Right hand side pe… kaale dupatte mein, hai na (the one with black dupatta, right)?”

In May this year, the TV star had shared another memory from his college days. Sharing a picture of himself alongside two of his friends, Kapil Sharma wrote, “Just found this 23 years old pic,it was just after finishing the performance of our play #Azaadi” in the youth festival of shri “guru Nanak dev university”.I removed my beard n clicked a photo with my colleagues, clicking a photo was such a luxury in those days that I didn’t even realize gum is still there on my face missing those days , pockets were always empty but smile was always there, jus thought to share with u guys. Hope u all r well n safe #staysafe #stayhome #old #memories #college #hinducollegeamritsar #gurunanakdevuniversity #gndu #gnduamritsar.”

Kapil Sharma became a household name with the comedy show The Great Indian Laughter Challenge. Soon, he had his own comedy show, Comedy Nights with Kapil, which quickly rose the charts to become one of the most popular shows on TV. After a controversial break of a few months, Kapil launched his new show, The Kapil Sharma Show. He is now all set for digital debut with a Netflix show.