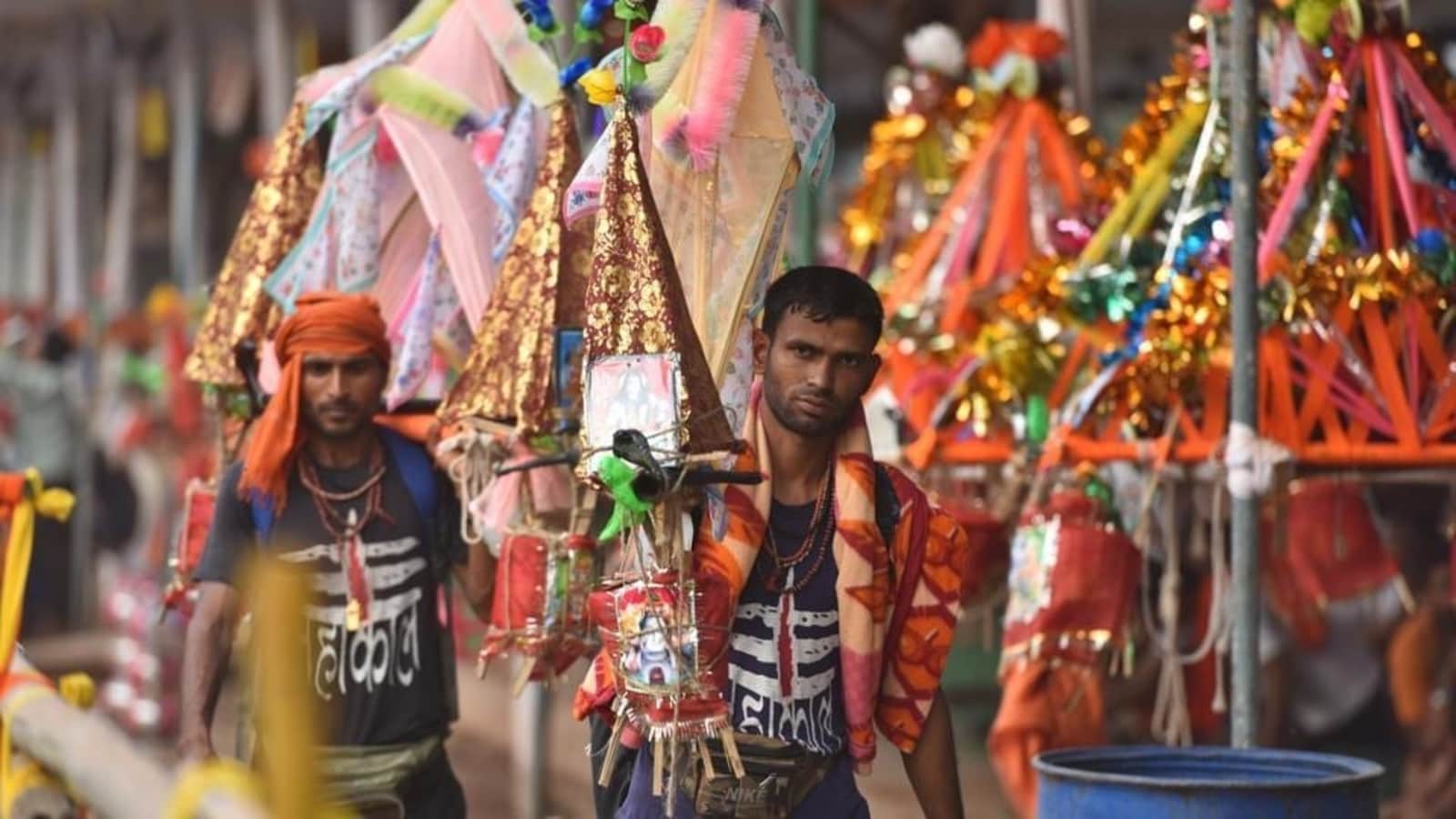 An ongoing tussle over holding the kanwar yatra continued on Monday, with experts warning that allowing the religious pilgrimage that attracts millions of people could spark a possible third wave of Covid cases, months after the Mahakumbh drew 9.1 million devotees and seeded clusters of infections during the second wave.

Uttar Pradesh has announced the yatra – in which Shiva devotees travel hundreds of kilometres to fetch water from the Ganga and carry it back to their villages – will begin from July 25, but Uttarakhand, home to the yatra’s destination, Haridwar, remained non-committal.

The hill state earlier cancelled the yatra but decided to review the order last week after a request from UP. Both states are scheduled to go the polls in 2022.

“The government respects religion and related traditions. But it is also the duty of the government to protect the life of every single person in state. Hence, a final decision would be taken only after proper analysis,” said Uttarakhand minister Subodh Uniyal.

Doctors warned that allowing the event could propel a surge in infections because devotees typically travel through several states and maintaining Covid protocols is challenging.

Health experts had issued similar warnings before the Mahakumbh — which was also hosted in Haridwar earlier this year – that appeared to spark infections in various north Indian states during the second wave.

On Monday, the Indian Medical Association (IMA) wrote a letter of caution to the state government. “The Uttarakhand government shouldn’t allow the Kanwar Yatra to happen in July-August in which lakhs of devotees from other states participate, as the third wave is ready to knock on the door of this country as per the statements of several specialists,” said the letter by Dr Ajay Khanna, secretary of IMA’s Uttarakhand chapter.

“Learning from the previous failure, we should not allow the devotees to enter the boundaries of our state and keep the state safe from the third wave of Covid,” the letter added.

The Mahakumbh attracted six million pilgrims in April alone, coinciding with the worst surge in infections – and only ended after an appeal by Prime Minister Narendra Modi on April 17.

By then, officials in many states such as Madhya Pradesh found local cases that were traced to Kumbh returnees. Between April 1 and April 30 active cases in the hill state registered a spike of 2,392%.

The Uttarakhand high court later rapped the government and said holding the Kumbh was a mistake. It also cancelled the Char Dham Yatra — which attracted 3.2 million people in 2019 for a pilgrimage of the holy sites of Yamunotri, Gangotri, Kedarnath and Badrinath – but the state government challenged the verdict in Supreme Court.

Other experts warned that the kanwar yatra posed a logistical and health care challenge even more daunting than the Kumbh.

The fortnight-long pilgrimage was cancelled last year due to Covid but is set to be held from July 23 to August 6 this year.

“Kanwar yatra shouldn’t be allowed in the state at any cost considering what happened after the Mahakumbh in Haridwar,” said Dr DD Choudhury, a senior doctor in Dehradun.

In Uttar Pradesh, officials said the state government was planning to hold the yatra with all safety protocols. On July 9, chief minister Yogi Adityanath reviewed preparations and ordered that the yatra should be completed in complete adherence to Covid protocols.

“The officers should ensure that there is no unnecessary assembly of crowd… Covid protocols should be implemented along with respecting public sentiments and faith,” he said.

But experts warned that elaborate guidelines were issued before the Mahakumbh — which included random testing, asking all pilgrims for Covid reports and masking – but the event saw rampant violation of Covid rules and mass gatherings without any masks. Moreover, roughly 100,000 of the rapid antigen tests conducted at the Kumbh were later found fake, raising doubts about the efficacy of testing during the event. “We know during Mahakumbh hardly anyone followed Covid guidelines,” said Dr Choudhury.

Similar problems might force some other states to hold off on the yatra.

Bihar said it will take a final decision on August 8 but indicated that holding the full pilgrimage may be difficult.

“As per Unlock-4 guidelines, all the shrines and temples in the state have to remain closed till August 8. Fresh instructions will be issued afterwards,” said Subrat Sen, district magistrate of Bhagalpur, which is the node for the pilgrimage in the state.

“In 2020, no kanwar yatra was allowed…this year also government is preparing to confront the third wave and huge gatherings need to be avoided. During events like kanwar yatra, it may be difficult to maintain social distancing,” he added.

Despite increasing pressure from health experts, Uttarakhand said it was yet to take a final decision.

Chief minister Pushkar Dhami — whose predecessor Tirath Singh Rawat stepped down on July 3 after controversy over his decision to greenlight the Kumbh — met Modi on Saturday and later hinted that the government was in two minds about holding the event.

“The matter of faith is related to God and even God will not want that anyone should die. Our priority is that under no circumstances there should be danger to someone’s life,” he said

Suryakant Dhasmana, vice president of the Uttarakhand unit of the Congress, said “During Kanwar yatra, which is mostly unorganised, people come from different states. How can they manage such huge numbers at a time when they should be readying for the third wave? PM Narendra Modi should intervene and stop this. Everyone knows what happened in Mahakumbh…they should not repeat the same mistake.”

During the last 24 hours, light to moderate rain with a few heavy spells occurred over #WestBengal, parts of #HimachalPradesh, #Uttarakhand, #Punjab, #Haryana, #JammuAndKashmir , parts of #Bihar, isolated pockets of north #Rajasthan and #Konkan and #Goa.