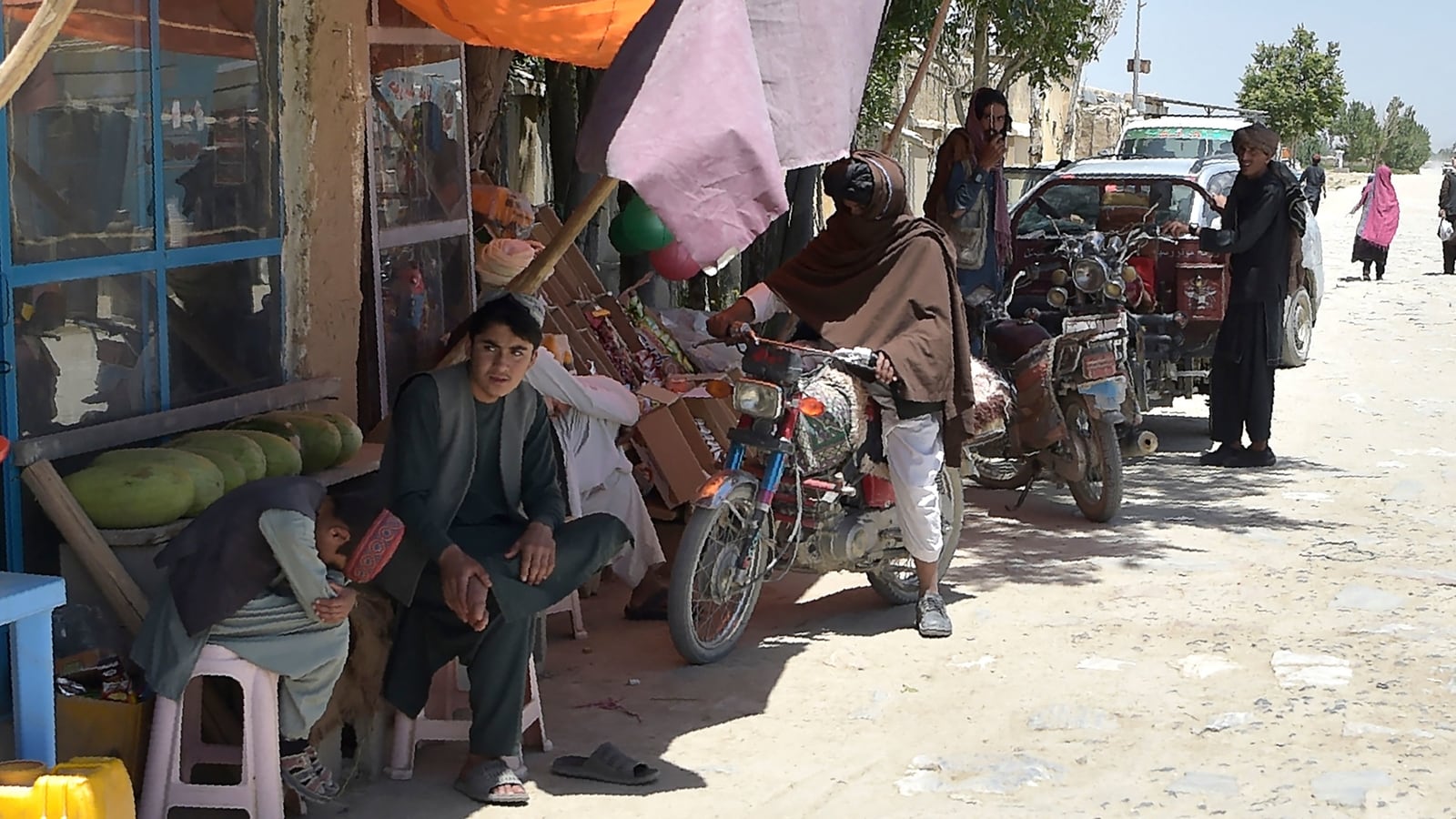 Taliban have issued new laws and regulations in recently captured districts in Afghanistan’s northeastern province of Takhar ordering women to not leave home alone and men to grow their beards among other diktats, reports have said. Ariana News cited civil society activists in Takhar as saying that the Taliban have also have set dowry regulations for girls. “They urged women in a statement to not leave without a relative (Moharam) and also urged men to have beards,” Merajuddin Sharifi, a civil society activist in Takhar, was quoted as saying by Ariana News. Sharifi also said the “Taliban insist on trials without evidence.”

The Taliban have in the past imposed a harsh version of Islamic rule. They included barring girls from school and women from working outside their homes and prohibiting them from being in public without a male relative before they were ousted after the US-led invasion in 2001. Those who violated those rules often suffered humiliation and public beatings by the Taliban’s religious police.

The Taliban have intensified its offensive against civilians and government defence and security forces and have taken control of several districts across the country as foreign forces are withdrawing from the war-torn country. The group seized Tagab district in Kapisa province on Thursday, Ariana News reported citing people familiar with the developments.

Also read | Engaging with the Taliban is necessary

Residents in areas captured by Taliban also have to pay more for food as their risen substantially, members of Takhar provincial council said, according to Ariana News. “People are facing problems there; services are nonexistent, clinics, and schools are closed,” Mohammad Azam Afzali, a member of the provincial council, told Ariana News.

Takhar governor Abdullah Qarluq said that government buildings have been destroyed by the Taliban and services have been stopped in areas controlled by Taliban. “They (Taliban) looted everything, and no services exist,” Qarluq said.

The Taliban, according to Ariana News, have rejected the claims and called them propaganda against the group.

In May, top US intelligence analysts warned that the Taliban “would roll back much” of the progress made in Afghan women’s rights if the Islamist extremists regain national power. “The Taliban remains broadly consistent in its restrictive approach to women’s rights and would roll back much of the past two decades of progress if the group regains national power,” US National Intelligence Council said.

The council’s “Sense of the Community Memorandum” also said that women’s rights likely would be threatened after the US-led military coalition withdraws. “Progress (in women’s rights) probably owes more to external pressure than domestic support, suggesting it would be at risk after coalition withdrawal, even without Taliban efforts to reverse it,” the assessment said, according to Reuters.

The situation in Afghanistan has been deteriorating for several weeks and fighting has surged since early May when the US military began its final withdrawal of troops. The Taliban have claimed that they have recently captured more than 100 of the over 400 districts across Afghanistan.