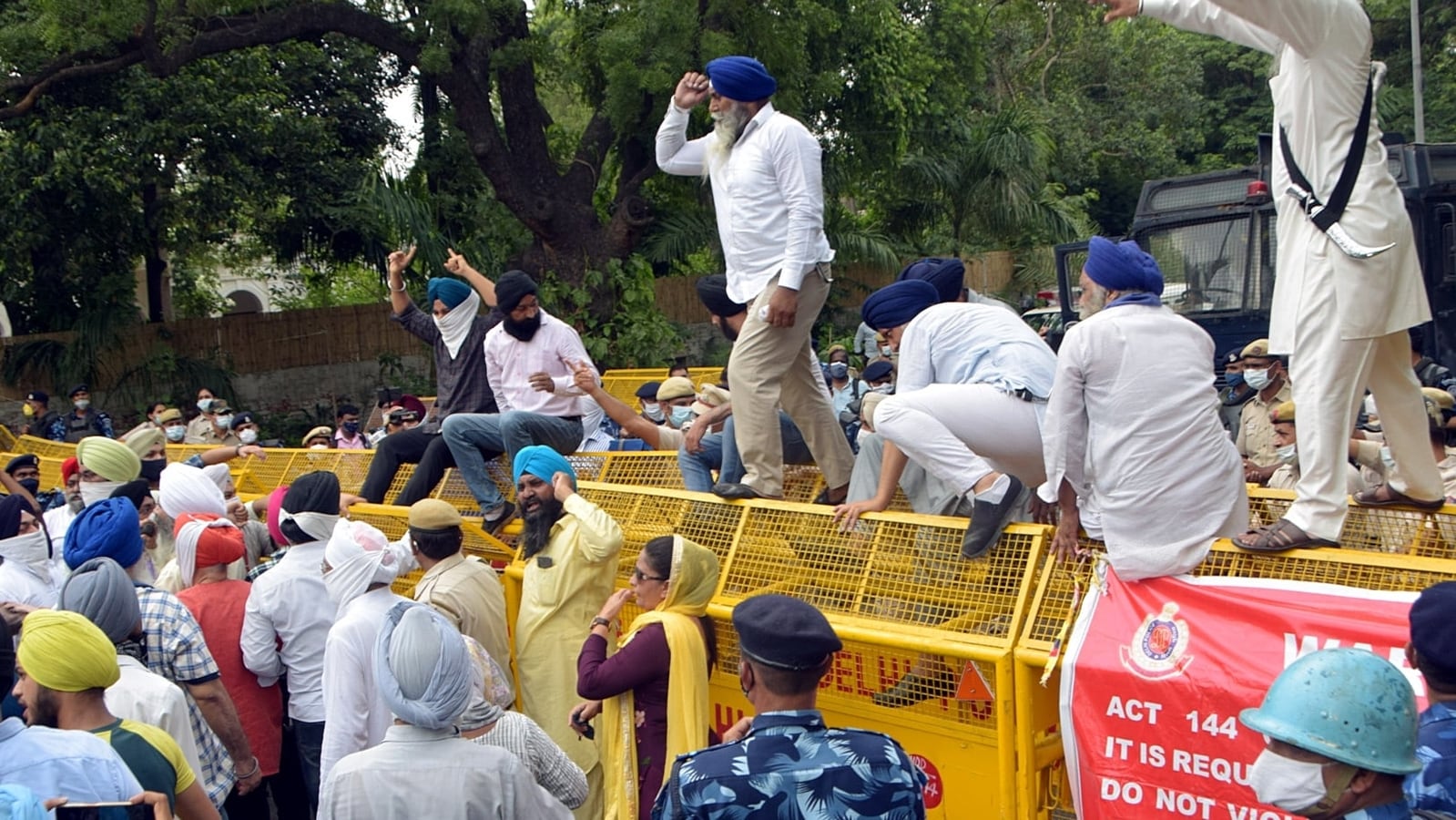 After protests over ‘forced conversion’, Sikh woman married within community

An 18 year-old Sikh woman from Srinagar, whose alleged abduction and forced conversion to Islam sparked protests in Kashmir, married a man from her faith at a ceremony arranged by her parents and community leaders on Tuesday.

The woman, who was sent to her family after she appeared in court on Sunday, married Sukhbir Singh, also from Srinagar, said Shiromani Akali Dal (S) Delhi unit president Paramjit Singh.

“I met the family of the girl. This issue was settled today. The girl was married by her family to a person she wanted. She knew the person,” Singh said. He also refuted reports of the woman’s marriage to her alleged abductor, a 29-year-old Muslim man.

The woman was not available for comment, and it was unclear whether she had converted to Islam, or acted out of her free will. The man is in police remand till July 1. His family could not be reached for comment.

“The delegation submitted a memorandum about the alleged forced conversion and wedding of Sikh girls in Kashmir. I will discuss the matter with the Union home minister (Amit Shah) about the action that is required to be taken,” said Reddy.

But in Srinagar, local leaders appeared to dial down the intensity of the protests, calling for communal harmony and saying that they did not want any anti-conversion law.

“The majority community has to take care of the minority community. A law can’t do it but only mutual love and brotherhood can do it,” Paramjit Singh said. Sikhs form roughly 2% of the population of Jammu and Kashmir.

He also condemned the statements made by some leaders and reached out to the Muslim community. “Although I have no concern with them but since a Sikh came from Delhi and gave a statement, I apologise for that…we also met people from Mirwaiz (Umar Farooq) and Muslim organisations. The way all of them collaborated with us, we won’t forget that for the rest of our lives,” he said.

Kashmir divisional commissioner Pandurang K Pole said that he has no information on the issue.“I will have to find out how much truth is in these claims,” he said.

At least one of these four women approached the Jammu and Kashmir high court in May, seeking protection from family and police and saying that she changed her religion and married a Muslim man willingly.

The chairman of All Parties Sikh Coordination Committee, Jagmohan Singh Raina, said that outsiders were trying to provoke the situation. “There were many wrong statements like claims of abduction at gun point and other things. Many outsiders have exploited the situation rather for their vested interest,” he said.