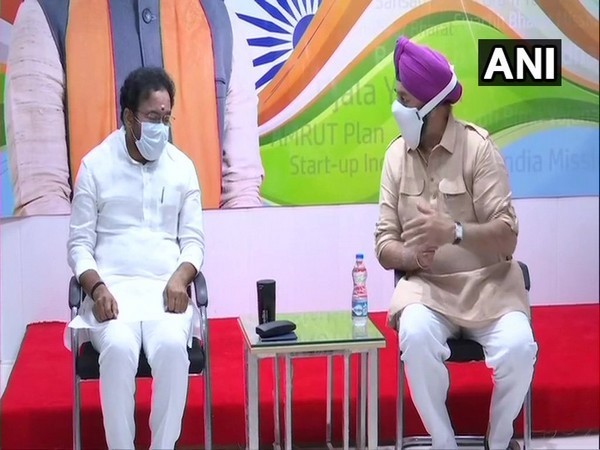 Sikh girl of Kashmir forcefully got converted and married

New Delhi, India: A Sikh delegation demanded UP-like anti-conversion law in Jammu and Kashmir after a sikh girl was forced to change her religion for marriage.

“A delegation has come here to submit a representation to the Government of India. The forced conversion and marriage of Sikh girls in Kashmir is wrong and the delegation has submitted a memorandum over it. I’ll discuss this with Union Home Minister, regarding the action that needs to be taken,” said Reddy.

BJP leader RP Singh while talking to ANI said that in the memorandum, the delegation demanded an ‘anti-conversion law’ to be implemented in Jammu and Kashmir for the protection of Sikh girls.

“The incident of forced nikah of an 18-year-old Silk girl with a 60-year-old man is not a standalone incident of religion conversation. The religious conversation of Sikh girls has been going on for a long time. We have requested the minister of state for Home Affairs to ask the Jammu and Kashmir Lieutenant Governor to enact a law against love jihad, like the ones passed by Uttar Pradesh and Madhya Pradesh government, in Kashmir as well. The Minister should ask the LG to bring an ordinance for the protection of Sikh girls,” he said.
The BJP leader added that Reddy has given assurance that he will discuss the matter with Union Home Minister and take action regarding the issue.

On Sunday, a Delhi Sikh Gurdwara Management Committee (DSGMC) delegation met Jammu and Kashmir Lieutenant Governor Manoj Sinha and sought the safe return of a Sikh girl to her family, who was allegedly abducted, forcibly converted and married off in Srinagar.

DSGMC President Manjinder Singh Sirsa had also questioned the silence of Jammu and Kashmir’s regional parties on the issue of the alleged abduction and forcible conversion of two Sikh girls in Srinagar who were also allegedly married off forcefully.