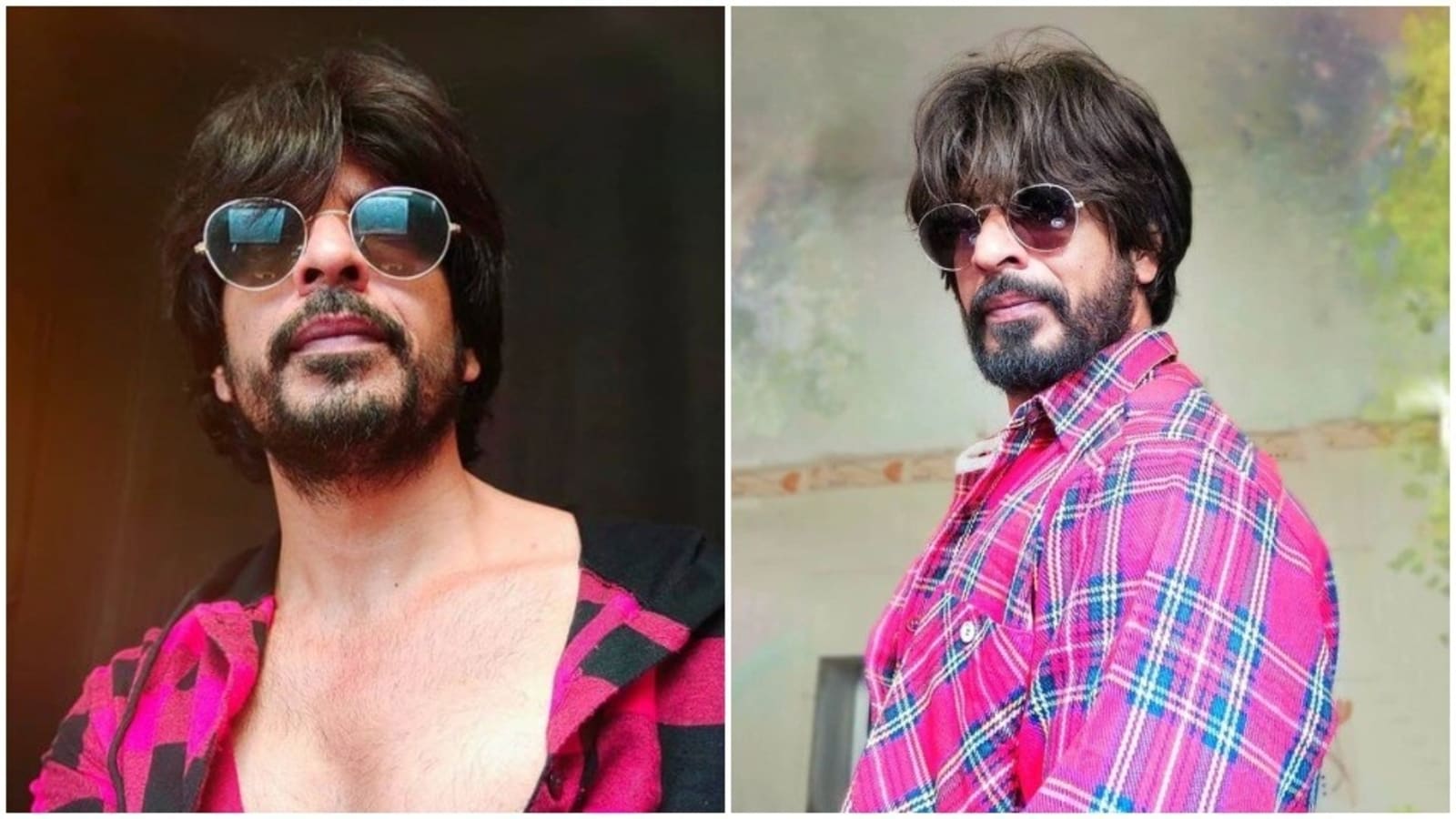 Fans of Shah Rukh Khan have spotted yet another lookalike of the Bollywood star. Ibrahim Qadri has been raking up followers on Instagram and Twitter thanks to his stark resemblance to the actor.

Ibrahim often shares pictures on his Instagram account, dressed up as SRK. He even recreated a few scenes from Shah Rukh’s movies such as Raees and Dilwale Dulhaniya Le Jaaege. He has the same long hair, moustache and beard like Shah Rukh and posed with his shirt unbuttoned or in a black leather jacket.

Followers of Ibrahim often shower him with compliments for his pictures. “I can’t believe my eyes,” wrote one. “Yaar kabhi confusion hojata hai phit Id dekhna parta hai (I sometimes get confused and then have to check who it is),” wrote another. “How can u I’mean…. really,” read another comment.

A few years ago, fans had found another Shah Rukh lookalike in Jordan. The man was photographer Akram al-Issawi, who stopped and posed for selfies with Shah Rukh’s fans as well. In 2017, one Haider Maqbool from Jammu and Kashmir also went viral for his resemblance to Shah Rukh.

Shah Rukh, himself, has not been seen on the big screen since 2018. His last release was Anand L Rai’s Zero, in which he starred with Anushka Sharma and Katrina Kaif. The actor has now begun work on Siddharth Anand’s Pathan and will be seen with Deepika Padukone and John Abraham in the movie. Shah Rukh has himself not confirmed that he is a part of the film.

Also read: Tina Datta slams troll who abused her over topless pics, shows how he called her ‘di’ after getting called out

He often holds Ask Me Anything sessions on Twitter with his fans. Recently, he was asked to share a glimpse at his next film, when he said, “Arre so many films waiting to release in the cans….our turn will come after them don’t worry!”

About making an announcement, he said, “Announcements are for airports and railway stations my friend….movies ki hawa toh khud ban jaati hai (Movies get talked about on their own).”