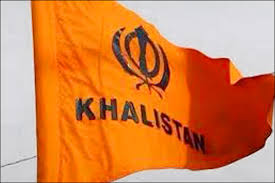 While India is hosting US Defense Secretary Austin, Sikhs For Justice a Pro Khalistan group hired Washington lobbyist Blue Star Strategies to lobby with Biden administration SFJs agenda of secession of Punjab from India.
Democratic government affairs firm Blue Star Strategies has registered to lobby for a New York non-governmental organization that supports the secession of Punjab from India. CEO Karen Tramontano is lobbying for Sikhs for Justice to raise awareness of the treatment of the Sikh community in India and efforts by the Sikh-American diaspora in the U.S. to draw attention to these issues, according to the firms registration under the domestic Lobbying Disclosure Act (LDA).
The group was founded and is primarily headed by lawyer Gurpatwant Singh Pannun. The Indian government banned the group in 2019 and designated Pannun a terrorist last year for promoting secessionism in his bid to create an independent Khalistan.
The lobbying registration comes as the Indian government has reportedly asked the US Department of Justice for assistance regarding the groups advocacy, including its support for the massive farmer protests that have partly paralyzed the country for months.