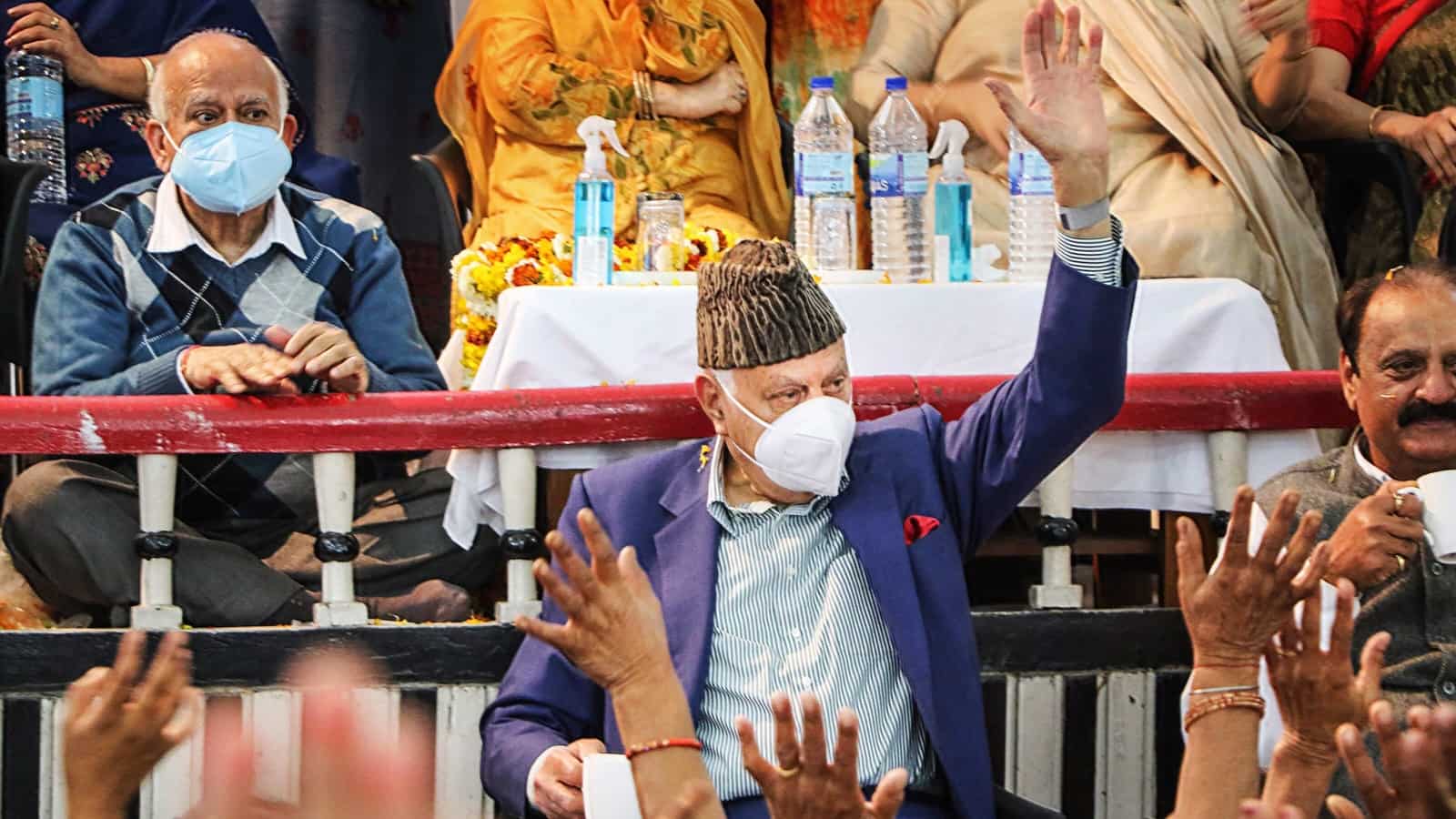 National Conference president and former Jammu and Kashmir chief minister Dr Farooq Abdullah on Monday advised the Centre to behave humanely with Rohingya immigrants from Myanmar who are now under the government scanner.

The Jammu and Kashmir administration during a verification drive on Saturday sent 169 illegal immigrant Rohingyas to a ‘holding centre’ after they were found without valid travel documents.

The verification drive tapered off on Sunday and there was no activity on Monday although authorities refused to come on record on the reasons behind it.

India has not ratified the 1951 UN Refugee Convention and the 1967 Protocol to that Convention. Consequently, it can pick and choose the types of refugees it will accept or reject

Buddhists from Tibet, fleeing China’s persecution, have been welcomed in India but Rohingyas fleeing from religious persecution in Myanmar are generally denied entry into India.

Responding to media queries after addressing a party convention on the occasion of international women’s day, Dr Abdullah said, “We know about Burma and the situation there. We all know what their army is doing there. There is a UN refugee charter to which India is also a signatory. We should accept it and work on it and behave humanely on the issue”.

On a one year extension to the delimitation commission for assembly elections in Jammu and Kashmir, he said, “Whether elections are held or not, we have prepared for them.”

Asked whether he will campaign for the Congress in the upcoming elections in four states and a union territory, he said that he doesn’t have time for campaigning.

On speculations over Ghulam Nabi Azad after retirement from the Rajya Sabha and G23 meeting in Jammu recently, he said, “Azad was, is and will remain a Congressman. The Prime Minister didn’t try to bring him in the BJP but praised him for his humanity exhibited during a terror attack on a bus of Amarnath pilgrims from Gujarat in 2007.”

Earlier, during his address to the audience at party headquarters, the National Conference chief pointed out that terrorism hasn’t ended although the Centre had claimed that it would after the abrogation of Article 370 and 35-A which granted special status to Jammu and Kashmir.

“People are now losing their land due to the abrogation of Article 370. They said that terrorism will end. Has it ended? Even today after more than one and half years of abrogating Article 370 people are being killed .. two policemen were killed in Srinagar. They were Muslims but a terrorist has no religion.”

The People’s Democratic Party (PDP) has also asked the administration to treat the Rohingyas in the context of a humanitarian crisis.

“The index of the country on the humanitarian and social acceptance front has already suffered a setback at the international level. The issue of Rohingyas should be seen in the context of a humanitarian crisis rather than taking it as an issue of religious belief. The administration must act cautiously while keeping in mind the sufferings and trauma these refugees have faced back in their own country forcing them to flee for a safe refuge in India,” said PDP spokesperson and former MLC Firdous Tak.