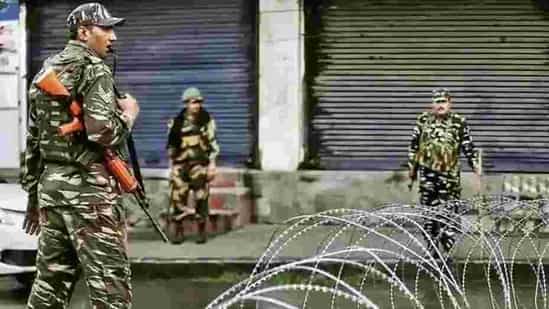 India’s decision to scrap Jammu and Kashmir’s special status and enact new laws could curtail political participation of Muslims and other minorities and lead to potential discrimination in employment and land ownership, two UN human rights experts said on Thursday.

There was no immediate response from Indian officials to the comments by the special rapporteurs who are part of independent fact-finding and monitoring mechanisms of the UN Human Rights Council.

In the past, India has bristled at adverse reports by UN special rapporteurs and described them as interference in the country’s internal matters.

In a statement issued in Geneva, de Varennes and Shaheed said, “The loss of autonomy and the imposition of direct rule by the Government in New Delhi suggests the people of Jammu and Kashmir no longer have their own government and have lost power to legislate or amend laws in the region to ensure the protection of their rights as minorities.”

The experts said the erstwhile state of Jammu and Kashmir was “established with specific autonomy guarantees to respect the ethnic, linguistic and religious identities of its people,” and it was the only Indian state with a Muslim majority.

They contended the government had “unilaterally and without consultation revoked the constitutional special status of Jammu and Kashmir” on August 5, 2019, and passed “domicile rules which removed protections given to those from the territory” in May 2020. “Subsequent changes to land laws are further eroding these protections,” they said.

They added, “The number of successful applicants for domicile certificates that appear to be from outside Jammu and Kashmir raises concerns that demographic change on a linguistic, religious and ethnic basis is already underway.”

“These legislative changes may have the potential to pave the way for people from outside the former state of Jammu and Kashmir to settle in the region, alter the demographics of the region and undermine the minorities’ ability to exercise effectively their human rights,” de Varennes and Shaheed said.

The special rapporteurs urged the government to ensure that economic, social and cultural rights of the people of Jammu and Kashmir are protected, and they are able to “express their political opinions and participate meaningfully in matters affecting them”.

The experts also said they are in contact with the Indian government on this matter.

India has said its decision to scrap Jammu and Kashmir’s special status and to split the region into two Union territories was aimed at ending decades of poor governance and bolstering development and efforts to counter terrorism backed by Pakistan. The government has dismissed all criticism of its actions, saying they amount to interference in the country’s internal affairs, and also pointed out that the region’s special status was of temporary nature.

Published in India, Opinion and World