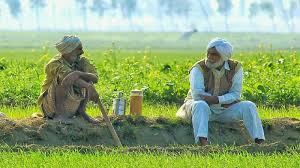 New Delhi: There has been lot many changes and advancement made in the agricultural budget in last 6 years.  Apart from the farmer’s Bill that is being termed as “Anti-farm,” an analysis of data says a different story altogether.The persistent increase in budget allocations for agriculture shows the priorities of the central Government.

Additionally, certain other factors are added in 2021-22 Budget that includes Agriculture Infrastructure Fund that is to be made available for APMCs for augmenting their infrastructure. 1,000 more Mandis to be integrated into the E-NAM market place.  Five major fishing hubs, including Chennai, Kochi and Paradip, to be developed, also a multipurpose seaweed park to be established in Tamil Nadu.

Schemes such as PM-KISAN, which have provided an additional source of income for both marginal and small farmers, have seen significant investment.Direct income support has been provided by the Government with more than Rs 75,000 crore for the PM-KISAN drive, under which farmers earn Rs 6,000 per year. Rs 1 lakh crore Agri-Infrastructure Fund has been set up solely for this purpose.The present government has added significant contributions to sustainable farming techniques that allow our farmers to stand out from competition, which is rarely seen.

The government is also encouraging zero budget farming, where zero credit is required and there is also no use of chemical fertilisers. It can make farming much more feasible for small farmers and save them from getting into the debt cycle.The Government has also initiated a Soil Health Card scheme that had a positive effect on farmers by helping them understand the soil and its composition. This helps them determine what to grow, how much fertiliser to use, etc.The Modi Government has recognised the need for institutional credit farmers to support Indian farmers. It is one of the most important enablers of agriculture to be used as capital by farmers.

For several decades, framers have been forced to borrow at excessive interest rates from private money lenders. This places them in a vicious debt loop, where the lack of adequate capital to make agriculture viable contributes to even more debt.However, the Modi government has effectively increased both the quantity and the spread of farm credit.Although farm credit goals have reached record levels, the amount of institutional credit available to farmers has almost doubled in just six years. Kisan Credit Cards have also enhanced the government’s outreach to farmers.

Through introducing the three laws on agricultural reform, the government is working to provide farmers with an additional forum to sell their produce at good prices. The reforms have given farmers the freedom to sell their produce outside the mandis. In other words, a farmer can sell his produce anywhere he gets better prices.The 2021-22 Budget should clear all doubts with regard to the three laws, Agriculture Minister Narendra Singh Tomar said in a statement which spelt out Mrs. Sitharaman’s message to farmers. “In this Budget, the government has made a provision to empower APMC mandis along with its commitment to MSP.

Originally, these were the two main doubts regarding the agricultural bills,” he said, adding that he hoped farm unions would now consider the laws positively.Government is also working to make farmers self-reliant through the advent of solar pumps. Also, the unusable and barren lands of farmers are being used to generate solar energy and provide farmers with an additional source of income.Scheme like PM-KUSUM has given support to 20 Lakh farmers through subsidies for stand-alone solar pumps, reducing their input costs for diesel and electricity. A further 15 Lakh farmers will be helped to solarize their grid-connected pumps.

In order to ensure that relief measures protect more farmers in times of crisis, significant adjustments have been made to the requirements for disaster relief. The amount of assistance for all categories was increased by one and a half times. Eligibility for assistance in distress cases has grown from one hectare to two hectares, taking more farmers into the safety net.SDRF provision increased to Rs 61,220 crore from Rs 33,580.93 crore for the five-year period 2015-20, compared to 2010-15, with an increase of 82%.Similarly, Locust assaults have also been dealt with by a range of interventions, such as spray vehicles and helicopters.

Government has shown sensitivity to farmers in distress by paying maximum minimum price support for food grains affected by excessive rainfall.Even during the coronavirus pandemic, the Modi government not only transferred money to farmers under the PM-KISAN scheme to support them, but also made large purchases to benefit farmers.The AIF was founded last year, as part of the COVID-19 stimulus package, to provide subsidised funding for projects by primary agricultural cooperatives, farmer producer associations, agricultural entrepreneurs and start-ups to establish cold chain storage and other post-harvest management infrastructure. Now Mrs. Sitharaman has announced in the Budget that the APMCs will also be able to access these funds.