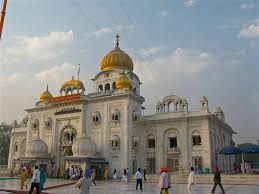 “Pakistan provides maximum facilitation for Sikh Yatris from all over the world, including India, to visit their religious sites in Pakistan,” said FO Spokesman Zahid Hafeez Chaudhri at a weekly media briefing.
India disallowed about 600 Sikhs to visit Pakistan on the occasion of the 100th anniversary of Saka Nankana Sahib from 18 to 25 February. It was expected that the group would visit five gurdwaras in Pakistan.
The Indian Ministry of Home Affairs, in a letter refusing Sikhs permission to make a trip, said that keeping the “health infrastructure capacity in Pakistan” in mind would not allow such a large group to tour the country for a week.
The Indian home ministry also expressed concerns about the “safety” of the group because of what it said “considerable threat”.
Mr Chaudhri recalled that Pakistan had opened the largest and the holiest Sikh shrine in Kartarpur Sahib to facilitate Sikh Yatris. “The Sikh as well as the international community, including UN Secretary General Antonio Guterres, who while visiting Kartarpur described it as ‘Corridor of Hope’, have immensely appreciated this landmark initiative of Pakistan,” he maintained.
“The Sikh community remains particularly appreciative of the efforts made by Pakistan to complete the Kartarpur Sahib Corridor Project in record time and for the excellent arrangements made to facilitate the pilgrims,” he added.
India, the spokesman said, should also facilitate Sikh Yatris for visiting their religious sites in Pakistan.
In reply to a question about the cancellation of Prime Minister Imran Khan’s speech to Sri Lankan parliament, Mr Chaudhri said: “The two sides are currently working on the elements of the programme of the prime minister’s visit, keeping in view the Covid-19 related health safety protocols.”
His reference to “Covid-19 related health safety protocols” was in itself a confirmation that the speech is no more taking place because the Sri Lankan government had used the pretext of the pandemic to cancel it.
However, diplomatic sources and Sri Lankan media claim the speech was cancelled because of concerns that Mr Khan could raise the Kashmir issue and the plight of Lankan Muslims.