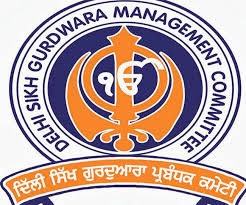 Within the Delhi Sikh Gurdwara Management Committee (DSGMC) office, next to the Rakabganj gurdwara, several Punjab families who had come to the national capital after learning that their relatives had been arrested for violence on Republic Day are waiting.
These families are waiting for their turn to meet with lawyers inside the conference hall of the committee’s office.
It is a busy room — advocates noting details of the arrested persons, getting signatures of their relatives on court papers, explaining to them how the legal battle has just begun and is to be fought. Outside the room, officials of DSGMC are helping make photocopies of court documents, and identity-proof records of the men who have been arrested by the Delhi police for rioting, attacking security personnel on duty, damaging public property, among other crimes, on January 26.
At least 394 police personnel and 10 farmers were injured when protesters deviated from a pre-approved route of the tractor rally on Republic Day and clashed with police when they were stopped from entering parts of Central and New Delhi.
From directly speaking to the families, to circulating messages and offering pro-bono legal services on the social media groups of villages in Punjab and Haryana — it is this room, which can hold 50-70 people, that lawyers representing the accused have set up base.
Delhi police have intensified their investigations in the violence and are making arrests every day — in the last three days eight people have been nabbed — in the January 26 violence case. The DSGMC, to counter this, has brought together lawyers from across the city in one room to ensure that no arrested person is deprived of legal representation in the city courts. All the lawyers working on cases of the arrested accused are doing so pro-bono. Of the 134 persons arrested, DSGMC officials said, they have already found lawyers to represent more than half the number.
On Monday, three people — Jaswinder Singh, Lovepreet Singh and Ramandeep Singh — who were represented by such lawyers, managed to get bail. The bail hearing of other people is on at different city courts.
“We come from a farming background. We were concerned about many innocent farmers languishing in jail and thus pitched in to help them. My team and I managed to get bail for three people. We will keep fighting. Our numbers are now with the villagers. The minute anyone gets arrested, we receive information about it real-time,” said advocate Vikas Yadav, one of the lawyers representing the arrested suspects.
The lawyers are also visiting Delhi’s Tihar jail to meet the arrested persons and offering them free legal aid.
“I went to Tihar within days of the first arrest. In fact, I was the first one to do so. I then made a list of all the arrested persons and contacted their families. We used the help of the village heads to trace the families. We have extensively used Facebook and WhatsApp to pass on the message back in the villages that they are not alone. In every message, we add our phone numbers,” said advocate Amarveer Singh Bhullar.
The phone numbers of advocates are also announced and circulated at the mahapanchayat held in the villages. One such family from Jind district in Haryana, who had come to Delhi, learnt about the lawyers offering legal help from the mahapanchayat held earlier this month to discuss the plan ahead for the protests.
Ajit Pal Singh, 27, a farmer from Tatria Wala village of Moga district in Punjab said he had learnt about the lawyers from WhatsApp group. “We have been here for the last one week. Many people from our village, including my brother, have been arrested by Delhi police. Some of us are staying at Bangla Saheb Gurdwara and a few are at the borders. We will return only after our relatives are released,” Singh said.
Throwing in a note of caution, the lawyers, however, also added that they are very selective when it comes to choosing their clients.Advocate Bhullar said they are only representing “innocent farmers” and not the actual rioters. The DSGMC is also vetting the names of the arrested people from the records of the farmer unions.
Manjinder Singh Sirsa, former Delhi MLA and president of the DSGMC, said, that the committee is in touch with the farmer unions protesting at the three borders in Delhi. “ The unions confirm with us if an arrested person is a farmer or not. If they are farmers and have been caught for being part of the rally that day, we have a team of lawyers to fight for them. The lawyers are not charging a single penny. No matter how many arrests police make, we will not let those who are innocent to suffer,” he said.
Delhi Police have maintained that thought hundreds of protesters had indulged in violence, police are only arresting those against whom they have concrete evidence. Police said they are looking at videos on which the rioters have been caught on tape indulging in the violence.