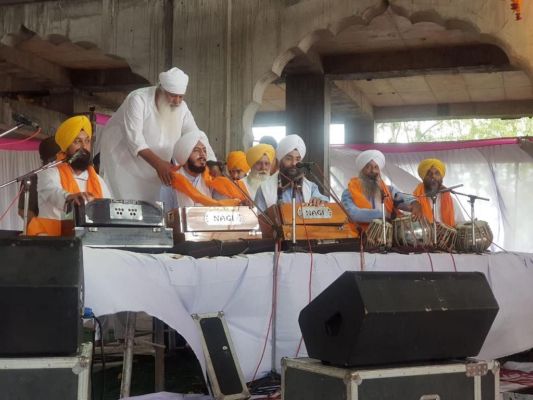 Heartfelt tributes have been paid to the pillar of the Sikh community, who died at the age of 70.
Duleep Singh Preet Bhaker died on December 22 after suffering a heart attack.
The Marton man has been a deeply respected member of the Sikh Gurdwara in Middlesbrough for more than 54 years, often taking the helm as its president.
He first worshipped Middlesbrough Gurdwara on Southfield Road in the 1960s, before moving to Lorne Street in 1990.
Called Sri Guru Harkrishan Sahib Ji Gurdwara, the temple flourished and, in 2005, Duleep was the pioneer in the extensive renovation of the building.
As well as being a true ambassador to his community, Duleep worked as a sales manager, and he loved to travel with his job and live his life to the full. He was a very generous family man, too.
Born in 1950 in Bethnal Green, London, Duleep came to live with his parents and two brothers and two sisters in Middlesbrough in 1952.
He married Preetham Kaur in 1968-a devoted couple had just celebrated their 51st wedding anniversary before his sad death.
Duleep was a father to four sons and three daughters, and he also had 28 grandchildren and nine grandchildren.
In a statement, his family said: “He served the community to his very best and also looked after every member of the family.
“He was a very generous man and a very loving father. We never went without anything.
“He didn’t like to make a fuss but we feel he deserves that fuss for all that he did for other people.”
They added: “He was a selfless person and a role model to all around him.
“His leadership qualities, his selfless service, his undivided love for everyone and his ability to tackle any task – be it for family or community – will be sadly and hugely missed.”
Duleep’s funeral will take place on Tuesday at 10.15am at the Gurdwara on Lorne Street in Middlesbrough followed by a cremation at Acklam Cemetery.