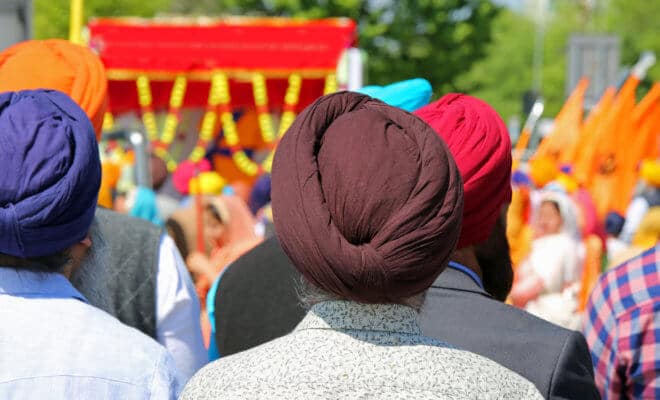 Two Punjab-based youths were arrested by the Haryana Police Special Task Force (STF) for their association with the banned organisation.
The FIR was registered against them in Karnal, where the police claimed they had seized two illegal weapons.
The accused was identified as Tej Parkash alias Kaka and Akashdeep, residents of the village of Draha in Ludhiana. Both accused are believed to be members of the ‘Sikh for Justice’ organisation which is banned in India.
Confirming the arrest, Ganga Ram Punia, Superintendent of Police (SP), Karnal, said that a team of STF Hisar had arrested two persons from Karnal on 23 December and had been associated with Gurmeet Singh of the USA. They were taken to police custody for four days, and now they’ve been sent to jail. “The FIR has been registered against them in Karnal pursuant to Sections 10 and 13 of the Unlawful Activities Prevention Act (UAPA) and 25 of the Arms Act,” the SP added.
The SP said they had received valuable information about the findings of these accused. According to sources, the accused had received money from the US to kill two famous people in Ludhiana and Amritsar.