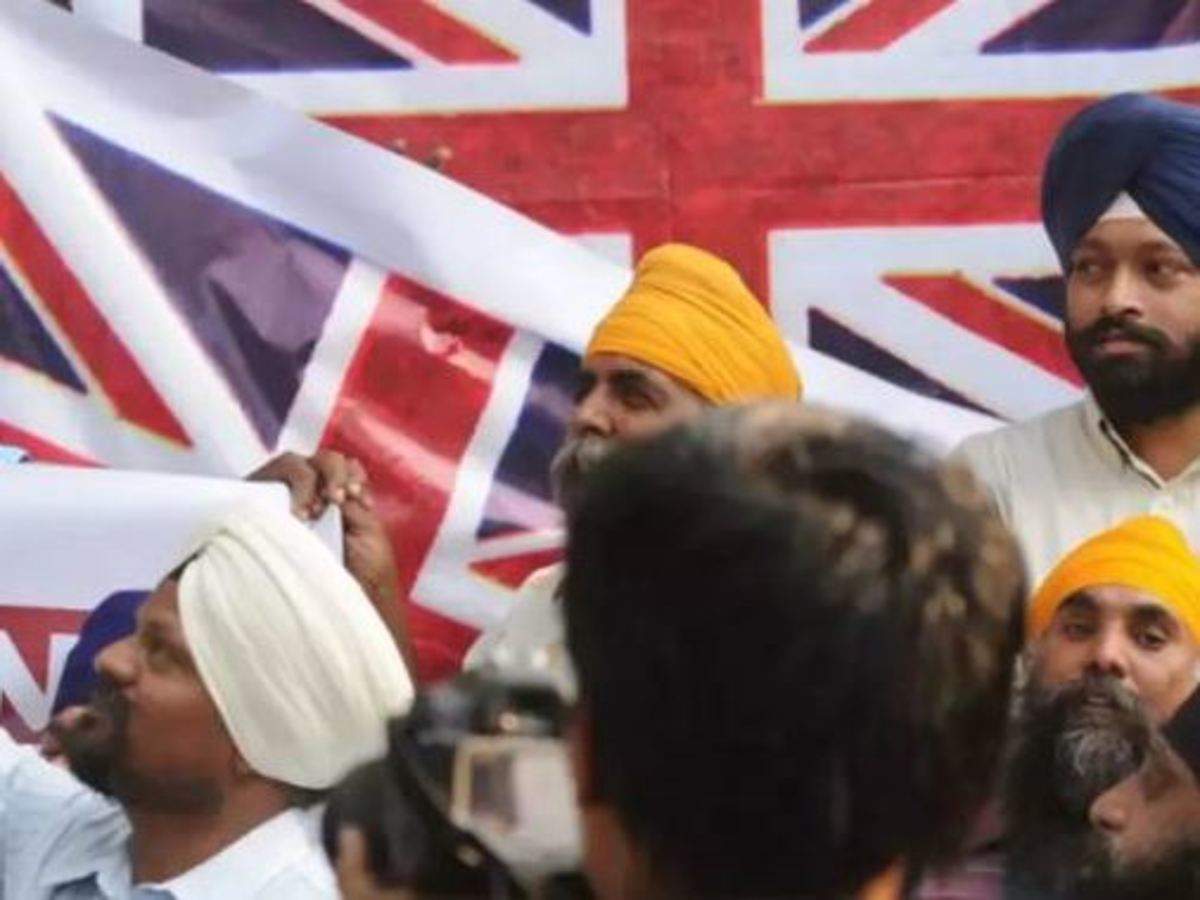 The British-Sikh community in the United Kingdom is reportedly upset with the Labor Party after the announcement of a prominent Sikh leader and human rights activist to the House of Lords in the United Kingdom has been delayed.
According to Geo.tv’s news report, a row broke out after Dabinderjit Singh Sidhu, Senior Advisor to the Sikh Federation of the United Kingdom, was due to be announced as one of the new political peers last Tuesday, but his name was missing when Downing Street released the list, although leading journalists were named in the morning.
According to reports, the announcement by Dabinderjit Singh Sidhu, a strong supporter and advocate of the Sikh cause, was dropped, but the Sikh Federation UK stated in a statement that the appointment of Sidhu to the House of Lords had been delayed and the announcement is expected in January.
“Our understanding is (Labour leader) Keir Starmer recommended Dabinderjit to fill one of the nominations given to the Labour Party by the prime minister. The House of Lords’ appointments commission carried out all the necessary checks and concluded weeks ago [that] Dabinderjit was of good standing in the community and had no concerns on his past conduct that would call into question his appointment to the House of Lords as a Labour peer,” the Sikh Federation said in the statement.
“Dabinderjit’s name then went to the prime minister and Buckingham Palace for the formal sign-off. The Formal sign-off had been obtained and the only matter outstanding was a public announcement,” it added.
The Sikh Federation’s statement noted that minutes before the list was released on Monday, Labour decided to delay Dabinderjit Singh Sidhu’s announcement as a peer.
“Much has been made in the Indian media of Dabinderjit’s support for the re-establishment of an independent Sikh state. This should not be a matter of concern for Labour as there are many MPs and Lords who have strong personal views in relation to Kashmir, Palestine, and the establishment of other independent states,” the statement added.
Indian media have published a number of fake stories to disapprove of Dabinderjit Singh’s association with banned Khalistan groups, but Dabinderjit Singh Sidhu has never been a member of the International Sikh Youth Federation (ISYF) which is banned in India but not in Europe.
Hereng’s support for Dabinderjit Sikhs on social media, Sikh businessman Professor Peter Virdee wrote: “Representation in the House of Lords bridges grassroots communities closer to the Parliament. Dabinjerjit has been working on Sikh issues for decades. Disappointed how peer nominations for credible community candidates can be discarded last minute on the basis of a few small voices.”
In a strong statement addressed to Labor leader Sir Starmer, the Sikh Network stated that it expected Labor to honour its original, positive and correct decision to appoint Dabinjerjit, an executive of the National Audit Office (NAO), as a UK Labor peer.
It said, “The scandal of withdrawing can be forgotten and forgiven once it has been reconfirmed.”
Taking to Twitter, the Sikh Network condemned the “shameful attack to discredit Dabinderjit, one of UK’s most active and prominent volunteers who has worked tirelessly to protect and defend Sikh identity, human rights and raised the political voice & influence of UK Sikhs.”
Ravinder Singh, Chief Executive of Khalsa Aid, said: “Witch hunt continues against Sikhs who are politically active and are British citizens! This time it is Dabinderjit who is being targeted! I hope Keir Starmer doesn’t allow pettiness to cloud his judgement on ‪Dabinderjit Singh.”
Dabinderjit Singh has voluntarily supported the UK All-Party Parliamentary Group (APPG) for British Sikhs for the last 15 years on behalf of the Sikh Federation UK.
The organisation worked hard for the election of the first Sikh Labour MP Preet Gill and the first turban-wearing Sikh, Tanmanjeet Singh Dhesi.
An Indian publication wrote that Dabinderjit Singh’s appointment was dropped due to pressure from the Indian community and that “a major diplomatic situation has been averted ahead of British Prime Minister Boris Johnson’s visit to India in January as Chief Guest for the Republic Day celebrations.”
While Dabinderjit Singh’s appointment was delayed, British Pakistani Wajid Khan, former Labour Member of the European Parliament (MEP) for North West England and Founder of Labour friends of Kashmir, was raised to the House of Lords as a Labour peer.
Sikh groups have pointed out that if Wajid Khan —who is vocal about human rights violations in Kashmir — can be appointed by the Labour Party, then why not an advocate of the Sikh rights.
Gillian Merron, the Chief Executive of the Board of Deputies of British Jews, also faced opposition by some Labour MPs but their announcements were not delayed, it has been reported.
Dabinderjit Singh has not made any statement but on Twitter, he said: “Many thanks for the hundreds of messages of support from across the globe. I have been overwhelmed with thousands of messages and phone calls of support from Gurdwaras, Sikh organisations and individuals across the political spectrum and across the globe who recognise my public service and contribution to the Sikh community over the last two decades. I hope I will one day be able to repay the massive support and well wishes.”