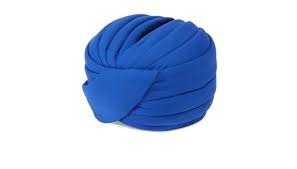 With an army-green turban and a perfectly groomed brown beard, Louis Talbot stands out in his graduate class of the Royal New Zealand Signals Corps.
His comrades are a pure-shaved mirror of each other as has long been the uniform approach of the armed forces.
Talbot’s difference is that of his religion. Baptized a Sikh, he wears the “five ks” to reflect aspects of religion’s values and history; the kirpan (a small sword or dagger), the kashera (shorts), the kanga (comb), the kara (iron or steel brace) and the kes (uncut hair).
He is one of the first baptised Sikhs to join the New Zealand Defense Force and is keen to point out that serving one’s nation does not entail sacrificing one’s religious and cultural practises.
Talbot said he didn’t know of any other gursikh (baptised Sikh) in the Defence Force, although he had seen a few other soldiers wearing a turban as part of their culture and upbringing.
Sikhs have a proud military tradition, and many serve in the armies of other Commonwealth countries.
But because there haven’t been visible Sikhs in the New Zealand Defence Force, they may presume there is an expectation to cut their hair and shave their beards.
“But the Army have been good, they’ve been kind to cater [for my religion].”
However, the Defence Force was a large organisation, with different departments and units having their own variations of general rules and standing orders. There had been some miscommunications and mistakes when dealing with soldiers with unfamiliar requirements, he said.
Talbot has written a document, to be passed up the chain of command, detailing Sikh practices and his experiences in the army, which will hopefully smooth the way for future Sikh recruits.
“Even though I’m the lowest rank, signaller is a private equivalent, I want to help improve things. To make people feel less insecure coming into the Defence Force.”
Maintaining his religious practices has been challenging at times, from early morning prayers to keeping his longer hair clean when serving in the field.
But communication, understanding and flexibility has helped untangle any snags, he said.
For example when Talbot arrived for basic training, he was told his kirpan would be taken off him because recruits weren’t allowed to have weapons in the barracks.
The training officers didn’t realise because it held religious significance it was an exception to the standing orders.
“I stated the importance of the kirpan and my commanding officer approved it to be kept on me.”
Talbot took the Sikh name Louis Singh Khalsa when he was baptised, but still goes his family surname in the Defence Force because he has yet to legally change it.
He grew up in rural South Canterbury, near Temuka, and his family have been very accepting of his religion.
“My family’s just a normal farming family. We’re pretty kicked back and open-minded.”
He first encountered the faith while living and working in Christchurch, when he befriended a young Sikh man.
He felt an immediate connection to the faith when listening to its traditional hymns.
“I just felt this beautiful calm. And when I learned the meaning of the words, it was even more beautiful.”

Published in Feature, News and Opinion