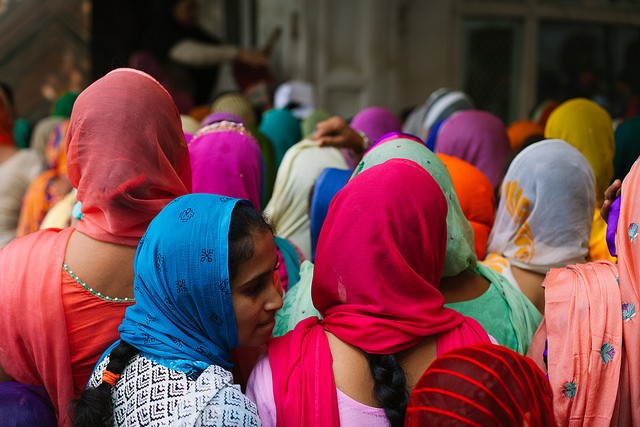 UK road named after the founder of the Sikh religion, Guru Nanak

The road in western London will be renamed Guru Nanak Road after the founder of the Sikh religion, Guru Nanak Dev Ji.
Local Ealing Council revealed the decision to rename part of Havelock Road in Southall, the London area known as the United Kingdom’s celebrated “Little Punjab,” to commemorate Guru Nanak’s 551th birthday on Monday.
Southall is home to a large population of Punjabi, most of whom are Sikh.
The Sri Guru Singh Sabha on Havelock Road, the largest Gurdwara organisation outside India, is located on Havelock Road, according to the website of the temple.
Havelock Road is believed to have been named after Major-General Sir Henry Havelock, a man who became a British military officer for his role in the suppression of the Indian Mutiny in 1857.
The anti-colonial revolt saw Indian soldiers and thousands of citizens rise up against British commanders to put an end to colonial rule.
In 2002, Sikh activists in West London called for Havelock Road to be renamed, arguing that it should not have been named after a military officer whose men were responsible for killing thousands of soldiers during the uprising.
Any users of Twitter welcomed the decision.
“This is a big deal,” Edward Anderson, a history lecturer, tweeted. “Havelock Rd was named after the British Colonial General who served in the Sikh Wars and later crushed the Rebellion of 1857. It’s home to the largest gurudwara in London.”
Across the United Kingdom, landmarks and street names related to racism and colonialism have been debated in the aftermath of George Floyd’s death in the United States and the major Black Lives Matter protests that followed.
The change of the Ealing Council comes after the Mayor of London, Sadiq Khan, declared in June that the Commission for Diversity in the Public Realm will ‘evaluate and promote diversity across the public domain of London in order to ensure that the capital’s landmarks represent London’s achievements and diversity.”
The name change will come into effect early next year.