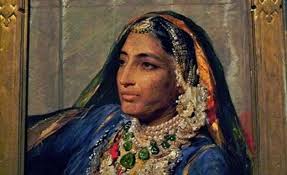 A new book, The Last Queen, depicting the life-sketch of Sikh Queen Maharani Jindan Kaur, is set to hit the market by the beginning of next year. This novel was written by renowned American-Indian writer Chitra Banerjee Divakaruni.
It is learned that this novel is being released by HarperCollins India and will be published in January 2021.
Houston-based writer Chitra Banerjee Divakaruni says she has always been struck by the strength and resolute bravery of Maharani Jindan Kaur in her toughest times. “During these troubled times, Maharani Jindan Kaur has been an inspiring companion to me,” she said, expressing pleasure in depicting the life-sketch of the incredible and largely forgotten Maharani Jindan Kaur in her novel.
Chitra Banerjee Divakaruni claims that the life-sketch of Maharani Jinda Kaur would help to acquire the strength to fight against the odd circumstances that she has won.
She also expresses happiness over her novel, which Endemol Shine has chosen for a film.
Maharani Jindan Kaur was the last queen of the great Sikh king of Maharaja Ranjit Singh. She became involved in politics after her six-year-old son, Maharaja Duleep Singh, had been proclaimed successor to Maharaja Ranjit Singh.
Throughout her life, Maharani Jindan Kaur remained committed to preserving the last heir of the Sikh empire, i.e. Maharaja Duleep Singh, man. She never trusted the British authorities, and she fought fiercely against them.
As far as publishers are concerned, this new novel The Last Queen highlights the rare love storey of the King and the ordinary woman, a tale of confidence and deception, and a deep bond between the mother and her son.