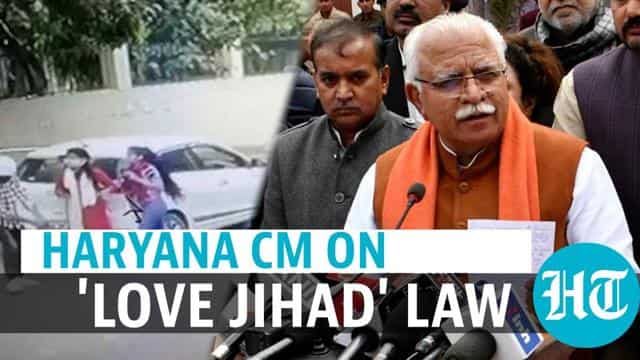 Haryana Chief Minister Manohar Lal Khattar commented on the recent murder of a 21-year-old college student in Ballabhgarh. The CM said that a ‘love jihad’ angle was being suggested in the crime. Three accused have been arrested by police so far. The woman was shot dead outside her college on October 26, allegedly by a man insisting for marriage. Khattar said that both the Central and state governments were considering a law on ‘love jihad’. The term was coined by some Hindutva groups alleging a conspiracy to convert Hindu women. Khattar’s comments came a day after similar remarks by his Uttar Pradesh counterpart Yogi Adityanath. Watch the full video for more.

Published in Feature and World