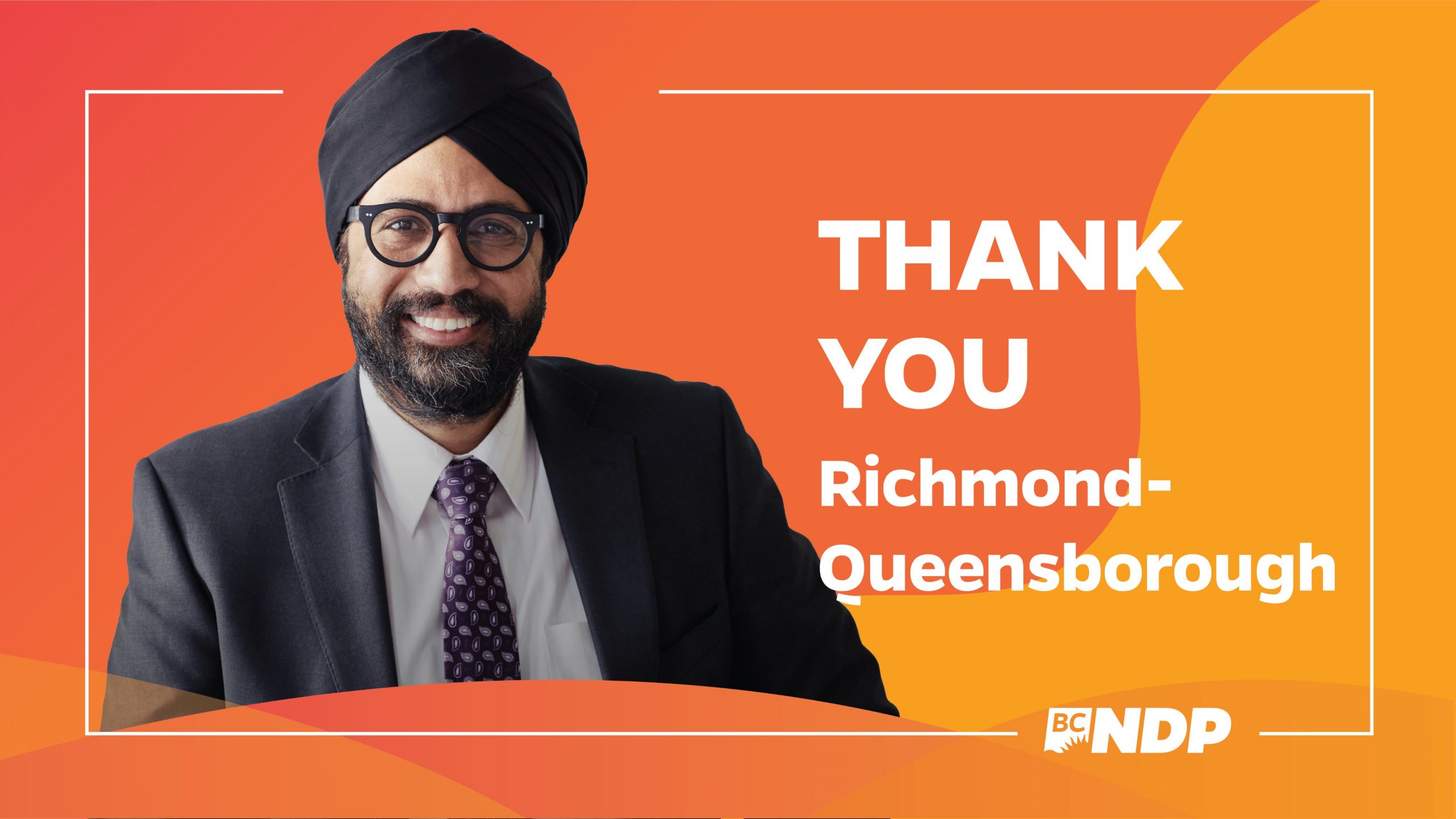 By The Sikh Daily Team on October 29, 2020
18
SHARES
ShareTweet
Aman Singh of the National Democratic Party (NDP) became the first turbaned Sikh to have been elected to the province of British Columbia. Apart from the Harjit Sajjan in the House of Commons, who later became Canada’s Minister of Defense, the turbaned Sikh had never been elected to his own legislature until 24 October. At least eight Indo-Canadians were elected to the 87-member Assembly of the Province of British Columbia out of a total of 27 Indian-origin candidates.
All eight members, including Aman Singh, were NDP members with a majority of 55 seats in the House and three of them were female. Aman Singh, a well-known human rights lawyer, created history on Saturday night and became the first turbaned Sikh MLA in British Columbia. It was also the first province to have elected the first Punjabi, Moe Sihota as an MLA back in 1986, followed by the Sikh, Ujjal Dosanjh as prime minister in 2001.
Singh also stirred up Canadian politics as he beat former Liberal Party opposition journalist Jas Johal in Richmond-Queensborough. It is the first for British Columbia, as the majority of Indo-Canadian victories have been recorded in the Indian-dominated city of Surrey.
Aman Singh calls it ‘true Honor’
Soon after the results were out, Aman Singh took Twitter and thanked the voters for helping him becoming an MLA in British Columbia. Calling it a “real honor” to have been able to stand up for the people, Singh expressed his gratitude to the entire team that led his campaign. Singh was born in Hong Kong and was close to beating Johal in 2017. Jas Johal, who defeated Singh by 134 votes, is a Sikh but does not have a turban like Ujjal Dosanjh.
<blockquote class=”twitter-tweet”><p lang=”en” dir=”ltr”>Thank you to the amazing residents of Richmond-Queensborough who I was able to connect with during this campaign. It has been a true honour to stand before you &amp; hear about the issues impacting you &amp; your families. I&#39;m grateful to the team of volunteers who helped our team effort <a href=”https://t.co/p4BSx7bLCy”>pic.twitter.com/p4BSx7bLCy</a></p>&mdash; Aman Singh (@AmanSinghNDP) <a href=”https://twitter.com/AmanSinghNDP/status/1320199245215879168?ref_src=twsrc%5Etfw”>October 25, 2020</a></blockquote> <script async src=”https://platform.twitter.com/widgets.js” charset=”utf-8″></script>
Other prominent figures elected to the British Columbia legislature of Canada include Labor Minister Harry Bains, Deputy Speaker Raj Chuhan, former Minister Jinny Sims, and Parliamentary Secretaries Jagrup Brar and Ravi Kahlon. Bains managed to win his seat in Surrey-Newton and defeated the Liberal Party’s Punjabi Paul Boparai. Hailing from the village of Hardaspur near Jalandhar, Bains has held its seat since 2005.