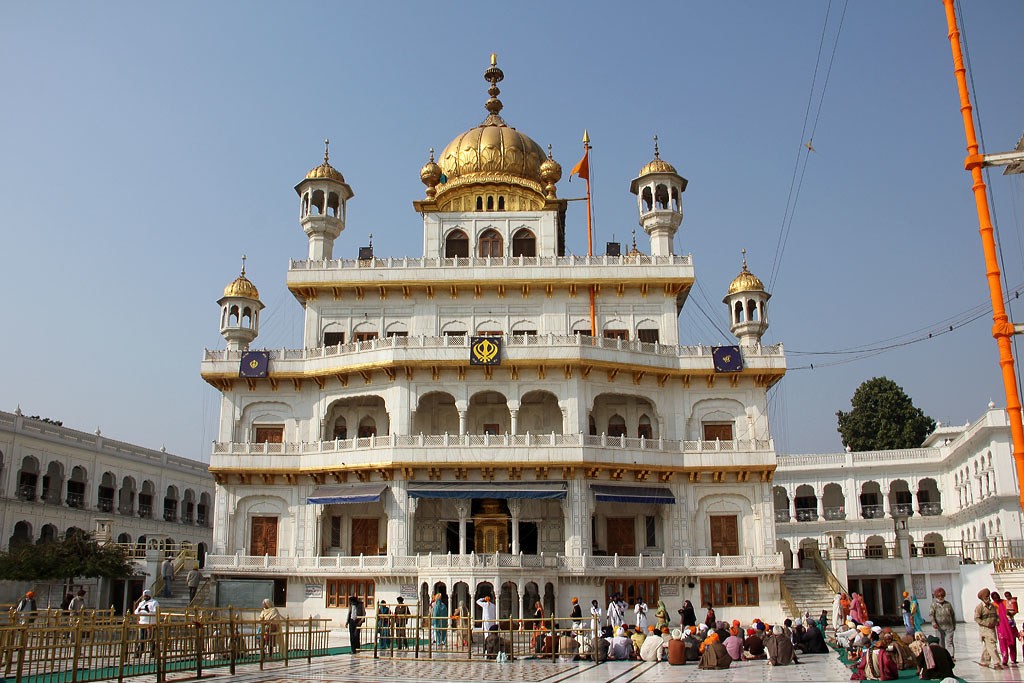 By The Sikh Daily Team on October 26, 2020
20
SHARES
ShareTweet
Clashes broke out between the Shiromani Gurdwara Parbandhak Committee (SGPC) and the Guru Granth Sahib Satkar Committee in Amritsar on Saturday in protest against the 328 absent ‘saroops’ of Sri Guru Granth Sahib. Injuries have been confirmed in the incident.
The incident took place as the Guru Granth Sahib Satkar Committee protested on Saturday, requesting a FIR against SGPC employees over 328 missing ‘saroops’ of Sri Guru Granth Sahib. The members have been holding a strike for some 40 days now. The SGPC is the body that runs Gurdwaras in Punjab.
According to the Times of India report, six people, including members of the SGPC task force, were injured and rushed to the hospital after violent clashes.
SGPC General Secretary Harjinder Singh Dhami condemned the violence, alleging that the people belonging to his organization were attacked with swords and that two of them were critically injured.
“They attacked our men with swords. Injuries were reported, two people are critical. Our men had neither swords nor sticks. We not only condemn this but also urge the administration to take action against them. This was done deliberately,” news agency ANI quoted Harjinder Singh Dhami as saying.
SGPC vice-president Gurbaksh Singh Khalsa was also quoted by ANI as saying: “We had complained to the police to round them up. But Police took them away respectfully as if they had carried out a huge feat. After they were gone, others protested outside our gates again.”
Contrary to SGPC’s statement, the Satkar Committee members said that they were protesting peacefully when force was used on them to stall their protest.
The SGPC is an organization responsible for the management of gurdwaras in three states of Punjab, Haryana, and Himachal Pradesh and the union territory of Chandigarh.
The Controversy:
According to a report in the Print, a retired staff member of the SGPC Publication Department reported in May that 267 “saroops” of Guru Granth Sahib had been dispatched without them having been entered in official records.
As the matter came to light, a Sikh agency, Akal Takht, ordered the investigation. It was noticed that more “saroops” may have been missing for many years.
Since then, members of the Satkar Committee have been protesting and questioning where copies of the text are. They also demanded that the FIR be lodged against the SGPC workers responsible for the incident, but the latter said that they did not want any outside involvement in the matter, the report said.