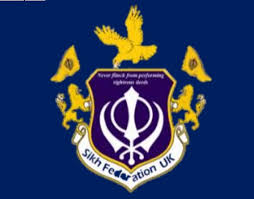 Adding a Sikh ethnic tick box to the UK census might cost more than Rs 2,000 crore and postpone the census by a full year, court hears

By The Sikh Daily Team on October 22, 2020
It is being said that if in case census order approved by the United Kingdom Parliament is quashed and redesigned with a Sikh ethnic tick-box, it will delay the full year of the census and cost a quarter of a billion pounds (Rs 2,411 crore) of “astonishing waste of public funds,” the Cabinet Office told the High Court here.
The census of England and Wales is expected to take place in March 2021.
Jonathan Auburn, a lawyer for the Cabinet Office, told the High Court administrative court on Wednesday that commercial contracts had been entered into, 200 workers had been hired and three million forms had been printed, so that the quashing of the order would “give rise to huge costs and a huge loss of public funds.”
He said that delay would not only damage the credibility of data but would also have negative implications for the entire public sector decision-making and funding allocations, ranging from health, migration, and employment. “There has never been a case before you to demonstrate such a degree of damage to the public administration,” he said.
The Sikh Federation (UK), with the help of more than 150 gurdwaras and Sikh organizations, has brought a judicial review against the Cabinet Office questioning the absence of a separate Sikh tick box in the response section of the 2021 census ethnicity section.
The federation claims that ethnic data on Sikhs need to be registered to assist public bodies with planning services and claims that not all Sikhs are classified as Sikhs by faith.
Mr. Justice Choudhury, presiding over the hearing, said he would hand down judgment in a few weeks’ time.

“The census won’t prevent anyone from identifying themselves as ethnically Sikh as the Sikh response can be written in,” Auburn argued. “The huge detriment to delaying the census dwarfs the very limited issued raised by this claimant now. We feel it is crucial the census is held in March 2021. There will be very serious consequences if it is set back.”

He described some of the Sikh Federation (UK)’s claims as “mischievous and misleading” and described their legal challenge as “frankly ridiculous” and “bizarre.”

He denied claims that the Office of National Statistics (ONS) had secretly changed its evaluation tools in a radical way on the “test” for ethnic tick boxes between 2011 and 2019, and said the changes were “minor.” He also denied that the findings of focus groups had been “pivotal” to the decision not to include a Sikh ethnic tick-box in the census, saying the ONS did take into account a survey of 112 gurdwaras which found support for a tick box.

“We did not think it was useful statistically but we didn’t ignore it,” he said, “The federation has been heavily involved for the past 10 years in seeking to pressure the ONS to have a Sikh tick-box,” Auburn told the court, adding, “Being Sikh is a rather more nuanced or tricky identity than being Ukrainian. People will ask, ‘Am I Sikh, Indian, or Asian?’”

He said whilst some British Sikhs identified as Asian or Indian, some saw themselves as Punjabi, not Indian, whilst younger Sikhs were more concerned about being British. “If having the tick-box affects the data quality, where is the unlawfulness?”