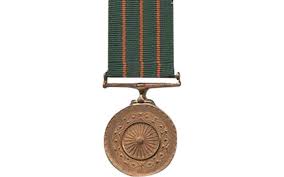 By The Sikh Daily Team on October 16, 2020
Two armed men shot dead Balwinder Singh Bhikhiwind, a Shaurya Chakra awardee, in Bhikhiwind, 35 km from here on Friday.
Balwinder, 62, who had leftist leanings, had fought bravely against terrorism for years and had repeatedly been targeted by militants in the terror-infested city. He also mounted bunkers on the roof of his home.
According to information, Balwinder did not open the school gate he used to run until the men who were waiting for him fired at him. He took five bullets in total and was rushed to the hospital, where the doctors said he was dead.
The police have come to the point and are working on several hypotheses.
SP (Operations) Jagjit Singh Walia said the attackers came in a four-wheeler, while others said they were on a motorcycle.
Balwinder’s was an example of how some people fight terrorism in the hinterland of Punjab. He also taught his children to do this. Its exploits have made it known to the international media, including National Geographic.